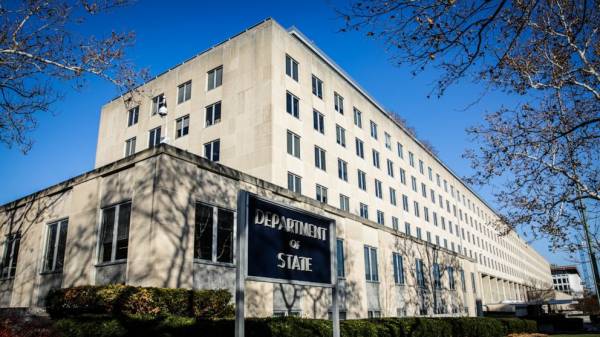 The State Department will now grant U.S. citizenship to children born overseas to same-sex and heterosexual American couples through in vitro fertilization, surrogacy and other assisted reproductive technology, the agency said Tuesday, notifying all U.S. posts overseas and Congress of the historic change.

The Trump administration had been fighting those losses, including by filing an appeal last August, and defending what had been longstanding U.S. policy that considered children born abroad to a surrogate to be born “out of wedlock” even when a couple was married.

While the State Department dropped its appeals in two cases in October, the agency continued to implement the policy of denying citizenship, prompting new litigation.

But as of Tuesday, all U.S. diplomatic posts have been informed to grant citizenship to these children if the parents are legally married and the child has a genetic or gestational tie to one parent, in addition to other existing requirements, such as that parent residing in the U.S. for at least five years in total.

The policy change is also retroactive, allowing couples previously denied citizenship for their child to reapply and now transmit citizenship to their child.

This “is going to allow an increased number of married couples, who are using ART (assisted reproductive technology), to transmit citizenship to their children — and we are excited about that,” said a State Department official, calling it a “recognition of the realities of modern family.”

Jack Guez/AFP via Getty ImagesA gay pride flag is raised next to the US flag at the US embassy near the annual gay pride parade in the Israeli coastal city of Tel Aviv on June 13, 2014.

While the high-profile cases of recent years have focused on same-sex couples whose child was denied citizenship by the Trump administration, the policy will apply to same-sex and heterosexual couples.

“No one can deny that LGBTQI folks will benefit from this, but it is not exclusive to that in any way, shape or form,” said the State Department official, who spoke on background to preview the policy change.

Still, the lawyers and plaintiffs of last year’s lawsuits welcomed the news as “long overdue,” in the words of Omar Gonzalez-Pagan, a senior attorney at Lambda Legal, the legal nonprofit that helped to represent two couples.

“This has been a policy that was not only unlawful, as recognized by the courts in multiple cases, but that really caused harm and anguish to multiple families — stress and fear about the status of their children and their ability to be in the United States and their ability to have the full benefits and responsibilities of citizenship,” Gonzalez-Pagan told ABC News.

The State Department official said the policy change is not accompanied by other changes and will not apply to unmarried couples, but the retroactive policy applies back to 1952, when the Immigration and Nationality Act (INA) was passed.

Critics have condemned the previous policy as antiquated, especially because it’s based on that 1950’s law, crafted years before in vitro fertilization and decades before legal same-sex marriage. The policy itself was first developed in the 1990s to comply with the INA, but it was repeatedly defeated in individual cases brought by heterosexual couples and, in more recent years, legally married same-sex couples.

That prompted questions about why the Trump administration had been so vigorously defending it decades later in court, filing an appeal last August to deny citizenship to Kessem Kiviti.

Kessem was born via surrogacy in Canada in February 2019 to Roee Kiviti and Adiel Kiviti of Chevy Chase, Maryland, a legally married gay couple who are both U.S. citizens.

While the Kiviti’s have been married since 2013, the State Department essentially disregarded their marriage and determined that Kessem was born out of wedlock and required a biological connection to a U.S. citizen parent who resided in the U.S. for at least five years in total in order to be a U.S. citizen.

Because Adiel Kiviti, her biological father, had not done so at the time of her birth, she did not automatically qualify for U.S. citizenship, the department said — a determination that a federal judge rejected last June.

Last August, another federal judge ruled in favor of Derek Mize and Jonathan Gregg, a married gay couple in the Atlanta area whose daughter Simone was born in 2018 to a surrogate in the United Kingdom. That meant she was “born out of wedlock of a U.S. citizen father” in the State Department’s view and not granted citizenship, “regardless of whether the man is married.”

Both of their daughters’ cases were resolved last October, when the State Department withdrew its appeal in the Kiviti case and decided not to appeal against the Mize-Gregg’s. But the Mize-Gregg’s welcomed the change in policy Tuesday, telling ABC News they were “humbled that our fight, as well those forged by other families, was able to play a part in bringing about this change.”

“No family should have to go through the anguish, stress and indignity we went through. It was deeply traumatizing to have our own government refuse to recognize our child as a U.S. citizen because we are a gay couple,” they said in a statement.

The State Department declined to provide figures for how many children or couples could be affected by the change, but Gonzalez-Pagan said the change benefits “multiple families that are still fighting for recognition for the citizenship of their children” and “really speaks to our values as a country.”