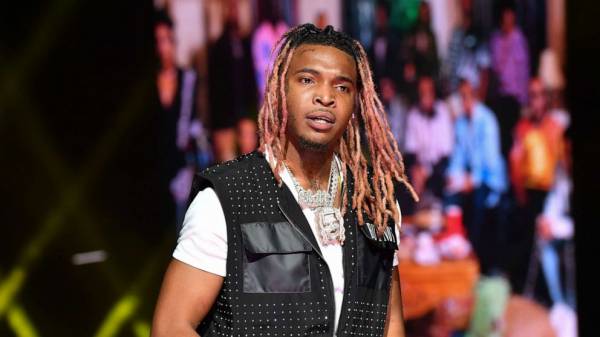 “Can’t believe I seened you die today bro I did all my cries I know what you want me to do and that’s go hard for Mama Daddy Our brothers Naychur and Whiteboy,” rapper Lil Gotit, Keed’s brother, wrote on his verified Instagram account.

Lil Keed, who was 24, and whose real name is Raqhid Jevon Render, was set to perform on Saturday at the Daze in Blue music festival in Charlotte, North Carolina.

The circumstances of his death are unclear.

ABC News reached out to Render’s representatives, but has not received comment.

Considered a protégé of Young Thug, and a star in the Atlanta hip-hop scene, Render was featured as part of XXL Magazine’s Freshman Class in 2020 – the publication’s annual list of up-and-coming hip-hop artists making waves in the industry.

“I’m glad ’cause this my second year tryin’ to get this s—, and I finally got it. So, I’m happy,” Render told XXL Magazine at the time, reflecting on the honor. “I’m a 2020 XXL Freshman because I work hard. I put in the work. I do what I have to do.I do what I need to do for my family [to] make sure they taken care of.”

The rapper was the father of a young daughter named NayChur.

Her mother who goes by Quana Bandz confirmed Render’s death on her Instagram account in multiple posts on Saturday.

“My man (Lil Keed) was loved by so many fans so many supporter beautiful women genuine homeboys and other American artists and more important his FAMILY,” she wrote in her Instagram stories. “Thanks for the condolences but we aren’t OK. I’m not okay my mind is honestly gone body numb and shaking.”

Render, who released his second studio album, “Trapped on Cleveland 3,” in 2020, became a Billboard-charting artist and collaborated with hip-hop stars like Young Thug, Travis Scott and Future.

The rising rapper’s death comes amid a rocky time for some individuals associated with the YSL label.

Williams, who was considered a mentor to Render, has been at the center of a legal firestorm after he and others associated with his group, YSL, were among 28 individuals hit with gang-related charges on Monday as part of a 56-count indictment by the Atlanta district attorney’s office.

Render was not charged or named in the indictment. Williams, “committed no violation of law, whatsoever,” his attorney Brian Steel told ABC News on Monday. “We will fight this case ethically, legally and zealously. Mr. Williams will be cleared.”

The Atlanta district attorney’s office alleges that the Atlanta-based YSL is a gang that Williams founded in 2012, according to charging documents obtained by ABC News. YSL is also the name of Render’s record imprint.

Render defended YSL earlier this week in his Instagram stories, according to various hip-hop outlets.