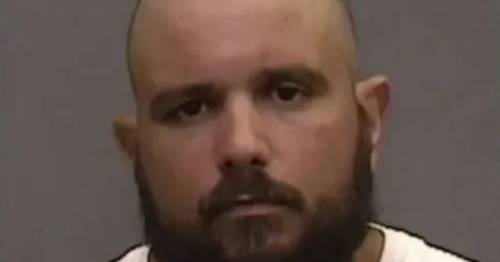 Quick-thinking schoolgirls’ secret message to stranger saves them from ‘abduction’

Two schoolgirls were saved from an alleged attempted abduction after one of them mouthed a secret message for help to a stranger.

David Daniels, 37, allegedly followed the pair of 12-year-old girls as they walked home in Tampa, Florida, US, on Sunday.

Daniels has been charged after allegedly hitting the girls over the head and putting one of them in a headlock, Hillsborough County Sheriff's Office said.

The girls managed to break free and rode their bikes to a nearby church where a woman spotted them in distress, reports said.

The woman, who has asked to remain anonymous, told Fox News: "I saw two children on their bicycles and a male adult behind them.

"One of the little girls was mouthing to me, ‘Please help me, this is not my dad'."

Reports claim Daniels followed the girls inside the church and that the woman engaged in conversation so she could call police.

"I don’t want to be a hero. I just did what I hope anybody would do for my own kids," the woman added.

David Daniels, of Brandon, was arrested by Hillsborough County Sheriff's Office deputies on two counts of false imprisonment of a child and child abuse.

Previous : Vladimir Putin’s key speech delayed because of ‘massive’ cyber attack in Russia – World News
Next : Police rush to rescue pensioner crying out for help – only to find mocking parrot