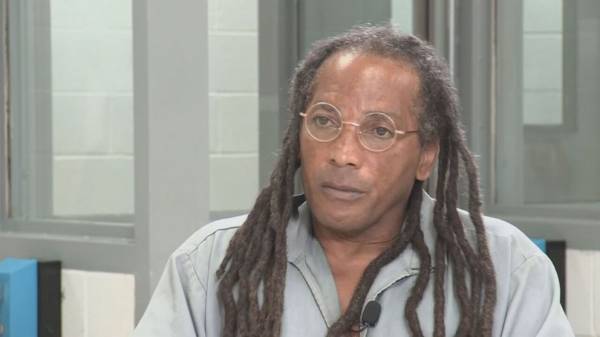 Prosecutor says man was wrongfully imprisoned for decades, yet he remains behind bars

Kevin Strickland spent his 62nd birthday behind bars. It’s the 43rd time he has spent a birthday in prison and says he desperately hopes it will be his last.

“I was determined to spend this birthday as awake as I could,” he told ABC News in an exclusive interview. “You never know if it’s going to be your last one.”

“I think I’ve been destroyed,” Strickland went on to say. “I’ve been placed in an environment where I had to adapt to living with all sorts of confessed criminals. The way I see things now is not normal, I would think, for somebody in society.”

The Jackson County Prosecutor’s Office is the same prosecutor’s office that originally tried Strickland for three Kansas City, Missouri, murders in 1978. It announced that it now believes Strickland is innocent after the key witness and only victim to survive the attack recanted her story.

“I’m here advocating for Mr. Strickland’s freedom and his conviction should be vacated,” Jackson County Prosecutor Jean Peters Baker said in May. “Most importantly, though, I am advocating that this man must be freed immediately.”

Weeks later, Strickland is still behind bars. He says he doesn’t think he has “a lot of time left,” and sometimes needs a wheelchair to get around.

“I’ve experienced a couple of heart attacks,” Strickland said. “I got high blood pressure. My ability to stand is diminished.”

The calls to free Strickland are growing after the Midwest Innocence Project (MIP) took on his case three years ago.

“I think, here, when there’s not a question of innocence … the prosecutor and other authority figures agree that he should come home,” MIP lawyer Tricia Rojo Bushnell said. “I would certainly hope that our elected officials would give it a really hard and quick look.”

More than a dozen state lawmakers are now calling on Missouri Governor Mike Parson to pardon Strickland. Among them, Rep. Andrew McDaniel, the Republican chair of the state’s House committee that oversees its prison system.

Strickland was sentenced in 1979, a year after he was arrested for the gruesome triple homicide.

The grisly shooting took the lives of 20-year-old John Walker, 22-year-old Sherrie Black and 21-year-old Larry Ingram. It took place more than 2 miles away from Strickland’s family home, where he was staying.

Strickland, who was 18 years old at the time, said he was home watching TV and talking on the phone when the crime occurred.

Relatives confirmed his alibi at the time. He says it wasn’t until the next morning that police started accusing him of the triple murder.

He said he remembers thinking, “This can’t be happening.”

The crime shook the local community. While Strickland was in custody and charged with the murders, two other suspects, Vincent Bell and Kilm Adkins, were on the run. Police later arrested them for the crime as well.

Police said they had found Strickland’s fingerprint on Bell’s car. Strickland, who’d grown up with Bell, said he had driven the car on multiple occasions.

“Bell, he actually lived … [with] two houses between his family home and my home. … And I met them and I was in the sixth grade,” Strickland said.

Strickland said he’d only seen Bell and Adkins earlier on the day that the murder happened, at 5 or 6 p.m. and that he didn’t know what they planned to do that night.

At the time, he said he was confident Cynthia Douglas, the only surviving victim, knew him and would know he was not involved. But Douglas later pointed him out as one of the shooters in a police lineup.

He said he was in “total disbelief.” However, Strickland still didn’t think he’d end up convicted, believing, “no, the system works.”

His first trial ended in a hung jury. The only Black juror was the lone holdout.

“I’ll never forget it,” Strickland said. He said that after the trial, the prosecutor at the time came over to his table. “I’m sitting there and he tells my attorney, he said, ‘I’ll make sure this doesn’t happen next time.’”

“What that meant,” Bushnell said, “is [that in] the second trial, the prosecutor used every one of his peremptory strikes … to strike the remaining black jurors from the pool. And Mr. Strickland was convicted by an all-white jury.”

Strickland says he “totally” believes race played a role in his conviction. He says he was not given the presumption of innocence during his second trial.

“I didn’t know I could cry that bad,” he said, remembering his first trial. “I mean, this is unbelievable.”

Both Bell and Adkins ultimately admitted to the murders and cleared Strickland from any role in the crime in sworn confessions.

During a press conference earlier this month, Prosecutor Baker, who was not involved in the original case, said, “it is important to recognize when the system has made wrongs and what we did in this case was wrong.”

Strickland said the recognition of his innocence helps.

Strickland has always maintained his innocence, but others began to reconsider the case in February 2009, when MIP received an unexpected email from Douglas.

“I am seeking info on how to help someone that was wrongfully accused,” she wrote. “I was the only eyewitness and things were not clear back then, but now I know more and would like to help this person if I can.”

Douglas eventually told her relatives that police had encouraged her to pick out Strickland from the lineup, according to Kansas City Star reporter Luke Nozicka. She told her now ex-husband that the police told her all she had to do was pick Strickland and this would be over.

“She didn’t do this intentionally,” Strickland said. “Kansas City Police Department pushed trying to identify me. … I believe they kind of told her, either you’re going to work with us or we’re going to place these charges on you. Might [have] even suggested that she was involved in some kind of way.”

The Kansas City Police Department said in a statement to ABC News that “this case was tried and prosecuted by the Jackson County Prosecutor’s Office. They would be the only ones I would direct you to for any comment about this case. … In a case involving all details and comments have to come from the prosecutor’s office.”

Douglas has since died, but she made sure to document her recantation in different places and told different people about the recantation.

“The most important piece of evidence was a recantation of a witness,” Baker said.

The fight for Kevin Strickland’s release

Last week, the Missouri Office of the Governor announced 36 pardons, but Strickland was not one of them.

“When something like [Strickland’s case] comes up, we look at those cases but I don’t know [if] that necessarily makes it a priority to jump in front of the line,” Parson said. “We understand some cases are going to draw more attention through the media than others, but we’re just going to look at those things.”

Strickland has served more than 15,000 days behind bars. If exonerated, his term will be one of the longest wrongful imprisonments in U.S. history.

“Let’s just call it what it is. This is wrong,” Baker said. “Everyone that works in this system must find a way to do the right thing. Now, the right thing is getting Mr. Strickland out.”

Baker said that even if Kevin Strickland is pardoned, he won’t get much more than an apology.

“Under Missouri law, those who have been exonerated do not get compensation. It’s another wrong,” she said.

ABC“I’ve experienced a couple of heart attacks,” Strickland said. “I got high blood pressure. My ability to stand is diminished.”

In the “Show-Me” state of Missouri, it’s unclear what else Strickland would have to do to prove his innocence.

According to Injustice Watch, for decades, the state’s Attorney General’s Office has fought nearly every wrongful conviction case. For Strickland, a commutation of his sentence would not be enough — he wants to be pardoned or exonerated.

“[Commutation is] kind of saying I did it but you feel like I have served enough time. No, I didn’t do it,” he said. “No, wipe it off.”

Bell and Adkins each served about 10 years in prison after admitting to the crime and that Strickland wasn’t involved.

“I mean, unbelievable,” Strickland said. “I mean, I don’t know how could somebody admit to doing it, come in and go out,” he said. “I denied it from the start and I’m still here. You keep taking me back to feelings and I really can’t put them in words.”

One thing he says he feels is a burdensome sense of loss. His childhood home is now just an empty lot. His brother, L.R. Strickland, who has always maintained that he was home on the night of the murders, told ABC News their mother may not have much time left to live.

In addition, Strickland said, “I really hate that I missed out my daughter growing up, calling somebody else dad. Yes, that’s a heartbreaker.”

He and his family hope that one day they may be reunited.

“My father never lost faith in his son, Kevin,” L.R. Strickland said. “He did visit him at every opportunity. He visited my brother even after he was no longer able because of medical problems. My father passed in 2011. I believe that [he] was heartbroken — for my father not to see his son released from prison — because that meant so much to him.”

Kevin Strickland said he had joked with a friend that if he is released, he might have to live under a bridge.

“What do I have? And I mean, if they … take this [wheel]chair, I would have to crawl out the front door. I have nothing,” Strickland said.

He says he doesn’t know what justice is, but he knows he hasn’t seen it yet.

With more representation and eyes on his case, Kevin Strickland said that he’s hopeful “more so now than ever.”

Yet still, just last week, the Missouri Supreme Court denied a petition to free him, something his lawyer calls a procedural barrier.

“We don’t know why the Missouri Supreme Court denied,” Bushnell said. “It was simply denied and no explanation was given.”

Bushnell has petitioned the lower circuit court in DeKalb County, where Kevin Strickland is being held.

“They have asked the attorney general to respond and to make known their position in July,” she said.

Another course they might take is via a state Senate bill.

“The Missouri legislature just passed a bill, Senate bill 53, which allows a prosecutor to file a motion for [a] new trial to overturn a wrongful conviction,” she said. “So, if that law goes into effect, it would go into effect on Aug. 28.”

The bill is sitting on the governor’s desk, awaiting his signature. Strickland is also waiting; hoping, he says, to one day see the ocean.

Previous : EU leaders to threaten UK’s Johnson with trade war over N.Ireland – The Times
Next : Wall Street muted as eyes turn to next week’s Fed meeting