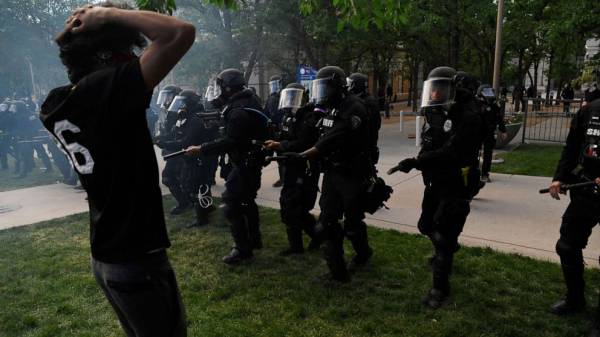 A 14-month probe into the actions of the Aurora Police Department in Colorado found the department “has a pattern and practice of violating state and federal law through racially biased policing, using excessive force, and failing to record legally required information when interacting with the community,” Colorado Attorney General Phil Weiser said Wednesday.

Investigators found that Aurora Police have used force against people of color almost two and a half times more than against white people based on their relative percentage of the population, according to the attorney general’s report.

The report, which was conducted in response to the death of Elijah McClain, also found Aurora Police arrested people of color “1.3 times more than whites based on population percentage alone.”

“That multiplier was even greater for Black community members, who were arrested over two times more than whites,” the attorney general’s office said in a statement.

The report highly recommends the city of Aurora enter a consent decree with the department to require changes to training, policies and record-keeping.