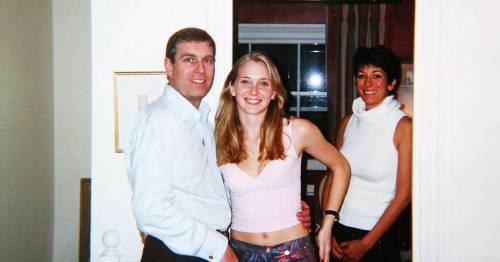 Prince Andrew is set to try to pay an out-of-court settlement with accuser Virginia Giuffre, according to reports.

It comes after a judge ruled Andrew will face a court showdown over allegations he sexually abused Ms Giuffre when she was a teenager. The royal has vehemently denied the allegations.

The judge's decision means Andrew could be forced to give evidence at a civil trial which could begin between September and December this year if no settlement were reached.

“I think Virginia is determined to go to trial, but ­settlement is always a possibility," Ms Giuffre’s lawyer David Boies told The Sun, with legal experts arguing that for Andrew it is 'the least, worst option'.

Mark Stephens, an expert in constitutional law, said: “This has dropped a bomb on the Royal Family, it is the most serious problem in living memory.

“The only thing to make it worse would be if he were cross-examined over what he did or didn’t do to a 17-year-old woman. He has to settle now – it is his least worst option."

On Wednesday Judge Lewis Kaplan ordered a trial over Ms Giuffre's claims that the Duke of York abused her when she was trafficked by paedophile financier Jeffrey Epstein.

Andrew and Virginia Giuffre when she was younger
(

Epstein and Ghislaine Maxwell, who was convicted of child sex trafficking crimes last month, forced the then 17-year-old into having sex with Andrew, Ms Giuffre claims.

Andrew has denied all accusations made by Ms Giuffre – including that he had sex with her when she was 17 at Maxwell's London home and that he abused her at two other Epstein properties.

The prince has not been charged with any criminal wrongdoing.

Image:
US District Court for the Southe)

The legal team for Prince Andrew said on Thursday they would not be making any comment.

"The legal team have advised me that there will be no comment," a spokeswoman said.

The prince was forced to step down from public duties in 2019 because of his connections to Epstein and in the wake of a disastrous BBC TV interview which he had hoped would clear his name, but instead led to ridicule and further questions.

Buckingham Palace said on Wednesday it would not comment on an ongoing legal matter.