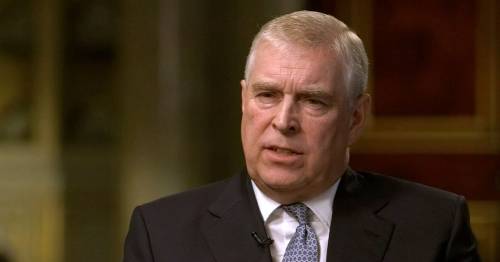 Prince Andrew is being sued by a victim of paedophile billionaire Jeffrey Epstein, who alleges he had sex with het three times after being trafficked at 17.

Virginia Giuffre claims she was introduced to the royal by the now-deceased Epstein and Ghislaine Maxwell, who was convicted of sex offences herself in December.

The Duke had been trying to have the civil case in the US thrown out before it can go to trial, with his lawyers appearing in a New York court earlier this month.

But today a judge ruled the case could proceed despite Andrew's objections, which means the Queen's second son is facing the prospect of an immensely damaging and costly court case in his future.

Here we look at who is involved in the case and what the prince is accused of.

What are the allegations against Andrew?

Virginia Giuffre began a legal battle against Prince Andrew in the US on August 10, 2021, accusing him of sexually abusing her at Jeffrey Epstein’s mansion when she was 17, a minor under US law.

In court documents, Ms Giuffre alleged the duke sexually assaulted her on three occasions causing her "significant emotional and psychological distress and harm".

In a 2019 BBC interview, Ms Giuffre claimed that she was introduced to Prince Andrew by Epstein and Maxwell.

The 38-year-old recounted that was told by Maxwell that she had to "do for Andrew what I do for Jeffrey".

Prince Andrew and Virginia Roberts, aged 17 at Ghislaine Maxwell's townhouse in London in 2001
(

According to Ms Giuffre's allegations, she had sex with the duke for the first time at Maxwell's house in Belgravia in 2001.

She alleged that the second time was at Epstein's mansion in New York, and the third at Epstein's private island, Little St James, in the US Virgin Islands.

Ms Giuffre also claimed in the court documents that she was forced into sex by explicit or implicit threats by Epstein, Maxwell, and/or Prince Andrew, stating that the duke knew her age and that she was a sex-trafficking victim.

She is filing the case under New York's Child Victims Act, which allows survivors of childhood sexual abuse to pursue a case which otherwise would have been barred because too much time had passed.

Prince Andrew is not facing any legal action in the UK.

How has Andrew responded?

Andrew has always strongly denied the allegations against him
(

Prince Andrew has consistently denied all the allegations against him.

In a 2019 BBC Newsnight interview, the duke claimed he has no memory of ever meeting Ms Giuffre, adding that the her claims of the London meeting, nightclub visit and sex at a house in Belgravia "didn't happen".

He also said that on the date she claims to have met him, he was looking after his children, taking Princess Beatrice to a party in Pizza Express in Woking and spending the evening at home.

However, he could not explain the photo of him with his arm around Ms Giuffre, with Ms Maxwell in the background.

How did Prince Andrew know Jeffrey Epstein and Ghislaine Maxwell?

Melania Trump, Prince Andrew, Gwendolyn Beck and Jeffrey Epstein at a party at the Mar-a-Lago club in 2000
(

Prince Andrew first met Epstein in 1999 when he was introduced by socialite Maxwell, Epstein's girlfriend at the time.

It has been suggested they sprung a close friendship, with Epstein and Maxwell going on to be pictured with the Duke at social events such as Royal Ascot in 2000.

The pair were pictured together in Central Park in 2010, several years after Epstein was released from prison.

In August last year, Prince Andrew released a statement in which he said he had stayed at several of Epstein's properties.

Epstein went on to say he "saw him infrequently and probably no more than only once or twice a year."

He went on to say it was "a mistake and an error" to spend time with Epstein in 2010, after he was already a convicted sex offender.

Addressing Epstein's suicide he said: "His suicide has left many unanswered questions and I acknowledge and sympathise with everyone who has been affected and wants some form of closure.

"I deplore the exploitation of any human being and would not condone, participate in, or encourage any such behaviour."

A New York judge heard a bid to dismiss the civil sex assault against Prince Andrew at the beginning of January.

The Duke's lawyers told Judge Kaplan the royal could be covered by a deal made in 2009 between Ms Giuffre and Epstein.

The 2009 settlement revealed Epstein paid Ms Giuffre $500,000 to end a claim for damages – as she agreed not to bring future cases against other "potential defendants" – although it does not mention Prince Andrew by name.

At a virtual hearing on Tuesday January4, the judge said he appreciated the "arguments and the passion" over the 2009 agreement and adjourned the hearing for a ruling.

But today the judge announced his decision to go ahead with the case, which means the matter could eventually be heard by a jury.

Previous : Trial postponed for Wisconsin man accused of killing parents
Next : Mum’s warning after son goes into heart failure from side effect of ‘mild’ Covid case