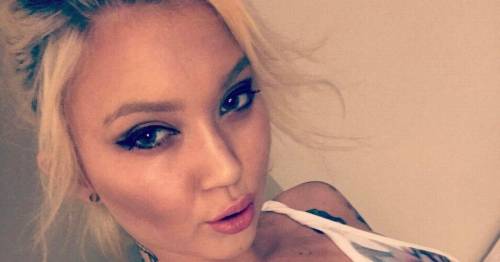 Dakota Skye – real name Lauren Scott – was discovered dead by her husband at a motorhome in Los Angeles, California, on Wednesday, according to reports.

A cause of death has yet to be confirmed.

She posted a photo to her since deleted Instagram page showing her flashing the camera next to the tribute to Mr Floyd, who was killed by police officer Derek Chauvin in May last year. 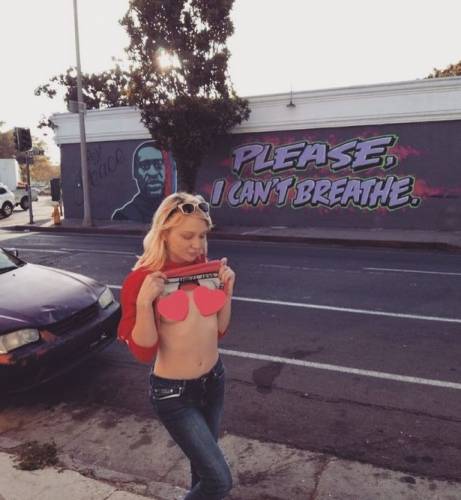 Scott received a backlash for posing topless in front of a George Floyd tribute in Santa Barbara
(Image: dakotaskyex/INSTAGRAM)

However, she received a flurry of abuse, with one user labelling the photo "serious disrespectful bulls***" and another asking: "Wtf what does flashing have to do with George Floyd death."

Ms Scott defended the move by claiming she was "celebrating bad cops being checked with abusing their authority against human beings".

She added: "No human being should die getting arrested." 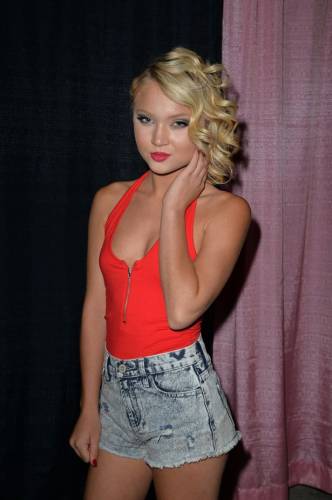 Ms Scott's aunt Linda Arden said her niece struggled with alcoholism and an addiction with fentanyl.

Speaking to The Sun, she said: "Her real life story and how she came to be in that industry, has truly been a tragedy.

"She died almost exactly two years after her mother, my baby sister's, death which was caused by addiction and alcoholism.

Mr Floyd died after being pinned under Chauvin's knee outside a convenience store in Minneapolis on May 25 last year.

The unarmed 45-year-old was handcuffed, lying face down on the street calling out "I can't breathe" which became a slogan during subsequent Black Lives Matter demonstrations.

Previous : Queen pokes fun at G7 world leaders by aiming cheeky joke which leaves them laughing
Next : Boy, 3, dies after falling from window before being attacked by family’s two dogs