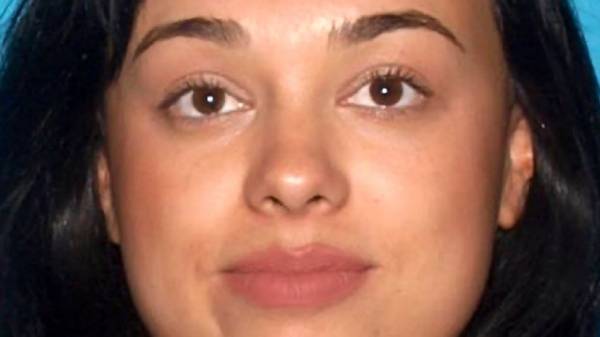 A nationwide search is underway for the mother of a slain 7-year-old boy whose body was found near a highway outside Las Vegas.

Samantha Moreno Rodriguez, 35, of San Jose, California, is accused of killing her son, Liam Husted. Police have obtained an arrest warrant seeking nationwide extradition for her.

A hiker found Liam’s body on May 28 near State Route 160 in Mountain Springs, Nevada. Police said the boy was the victim of a homicide.

Rodriguez’s car was seen near Grand Junction Colorado on May 29. She checked into a Denver-area hotel room on May 31, police said.

A family friend alerted San Jose police that Rodriguez and her son were missing after she hadn’t seen them for two weeks and after she saw news coverage of the boy’s body.

Police are asking the public to come forward with information on her whereabouts and released a photo of her and her vehicle’s license plate.

LasVegasMetro/FacebookSamantha Moreno Rodriguez, sought on a murder warrant related to the death of her 7-year old son Liam Husted, was last seen driving a blue 2007 Dodge Caliber in the Denver, Colo., area, pictured in this photo posted by LVMPD on their Facebook page.

Officials said they weren’t aware of any prior child abuse in Liam’s case. There’s no motive for the homicide so far.

Liam’s father is not considered a suspect in the murder, police said. He reported Liam missing on June 1 but didn’t think his son was in danger, Spencer said.

Previous : Colonial Pipeline CEO tells Senate cyber defenses were compromised ahead of hack
Next : ProPublica: Many of the uber-rich pay next to no income tax