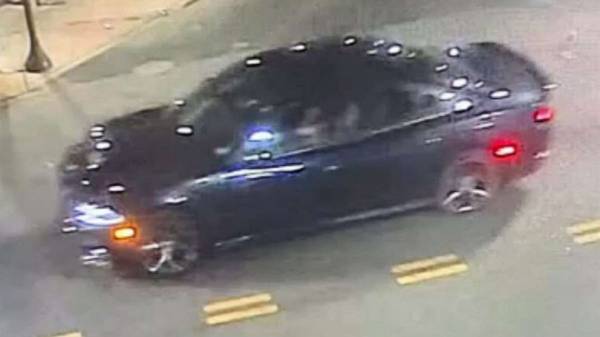 Philadelphia police are seeking a suspect in a recent string of sexual assaults that they believe may be the work of a serial rapist.

Authorities have identified a “pattern of sexual assaults” that occurred in the Kensington neighborhood and involved a man who sexually assaulted women in his car, according to Captain James Kearney, commanding officer of the Philadelphia Police Special Victims Unit.

“We’ve got three cases,” Kearney told reporters during a briefing Tuesday. “We have a pattern going on here.”

The incidents occurred in the early morning hours of March 15, April 5 and April 21, police said. Two victims were approached by the suspect and got in his car, one after being offered a ride, police said. A third victim was forced into the car, police said.

Philadelphia Police DepartmentPolice in Philadelphia said they are seeking this Dodge Charger in connection with a string of sexual assaults.

In all three cases, the suspect drove to a location, pulled out a handgun and demanded oral sex from the women, police said. In the most recently reported assault, the suspect also punched and raped the victim and stole her cellphone, Kearney said. A rape kit was conducted, where DNA evidence was collected and is in the process of being compared to other cases, he said. The iPhone was recovered as well, he said.

Police described the suspect’s car as a 2016 to 2020 charcoal gray Dodge Charger four-door sedan, with tinted windows and “distinct rims.” Detectives were able to locate surveillance video of the car but were unable to pick up a license plate, Kearny said.

The victims ranged in age from 28 to 35 and were all Black women, police said. Kearney described them as “the most vulnerable people out there,” and noted that the area is known for sex work.

“He’s preying on these women who we believe he feels that’s not going to report it,” he said.

Authorities believe that additional assaults involving other women may have occurred and are asking potential survivors to step forward.

“For one reason or another, these survivors, these women are not coming in to talk to us,” said Kearney. “We need to talk to people and stop it from happening again.”

Previous : Ukrainian pair brave constant air raids and Russian troops to save 600 dogs and 100 cats – World News
Next : Foster mum admits ‘shaking the life’ out of baby she was planning to adopt