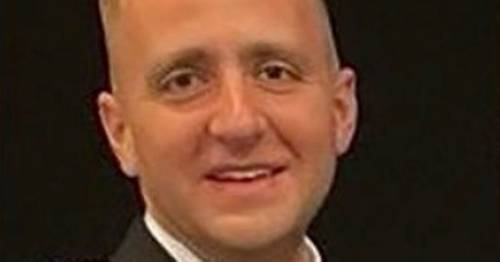 A US soldier killed by a bear during a training exercise has been named as a paratrooper and Afghanistan War veteran .

Seth Michael Plant, 30, a Staff Sergeant, from St Augustine, Florida, was attacked on Tuesday during a training mission at Joint Base Elmendorf-Richardson in Anchorage, USA.

He died later that day.

His commanding officer in the 3rd Battalion, 509th Parachute Infantry Regiment, described him as a "positive and dedicated leader".

Another soldier was also injured in the wild animal attack.

The bear responsible for the attack is still at large and will likely be put down when found.

"Staff Sgt Plant was an integral part of our organisation," his commander, Lt Col David Nelson, said in a statement on Thursday.

Staff Sgt. Seth Michael Plant was described by a commanding officer as a 'positive and dedicated leader'
(

"He was a positive and dedicated leader who brought joy and energy to the paratroopers who served with him," he continued, adding that "his loss is deeply felt".

In a short statement bosses at the Joint Base Elmendorf-Richardson said the soldier was training with a small group at the Anchorage Regional Landfill.

The area has been closed to the public to prevent further bear attacks.

Lt. Col. Nelson said Plant “always had a smile on his face, he always went above and beyond what was asked of him, and he served as an inspiration to all who had the privilege to know him.”

Joint Base Elmendorf-Richardson, near where the attack happened
(

Nature cameras later recorded an adult bear approaching her den after nightfall and leaving with her cubs.

"We are trying to learn everything we can about what happened to increase public safety around wildlife in Alaska," regional supervisor Cyndi Wardlow said in a statement.

"From the soldier's perspective, there was a flash of brown mass," Capt Derek DeGraaf told the New York Times. "They were attacked and didn't even see it coming."

It's believed a brown bear attacked the soldier, Alaska's fish and game department said on Thursday evening, likely "a defensive attack by a female bear protecting her cubs".

Further information about whether the soldiers had been supplied with equipment such as pepper-spray to stop the charging bear, has not yet been released.

The US Army Criminal Investigation Division is investigating as they would with any deaths on base.

Previous : Dogs going off their food could be a sign of illness or anxiety, expert claims
Next : Source: WNBA star Brittney Griner’s detention extended 30 days after appearing in court