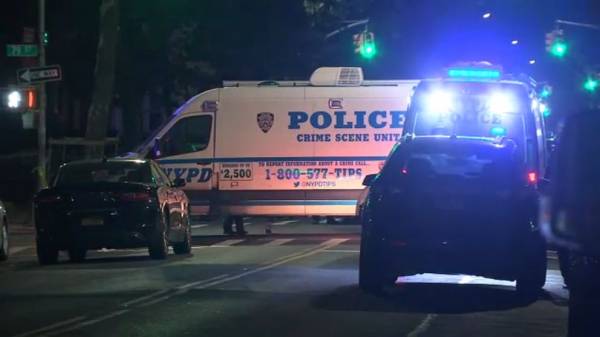 A New York City police officer is in custody after she allegedly shot two women, killing one, at a home in Brooklyn.

The officer, who was off-duty at the time, is believed to have shot both women — one of whom she was dating — when they returned to the home where the officer’s girlfriend lived.

Police said the off-duty officer shot a 24-year-old woman in her chest, “possibly more than one time,” at the Bensonhurt home. She was taken to Maimonides Medical Center and was pronounced dead, police said.

The other woman, a 23-year-old, who was in the romantic relationship with the officer, was shot in the torso and is expected to survive, police said.

The suspect, 31, is a police officer in the 72nd District, which encompasses the Park Slope area of Brooklyn.

The officer had worked for the NYPD for 5 1/2 years. Police said she was at a local hospital for evaluation.

“We believe it is domestic in nature. We believe all three parties knew each other,” Assistant Chief Michael Kemper, commanding officer of Patrol Borough Brooklyn South, said at a press conference Wednesday evening.

“We believe they had an intimate relationship,” he said of the officer and the 23-year-old woman.

The officer remained at the scene and told police she had shot the two women, according to police.

Police said they were still investigating, but recovered a gun on the scene and “there’s a very good chance it is her service weapon,” Kemper said.

“The whole incident is horrible, but these cops performed great, just heroically, and this is what NYPD cops come upon every single day,” Kemper said. “Is this an incident they would want to come upon? No. But unfortunately throughout their careers they come upon this.”