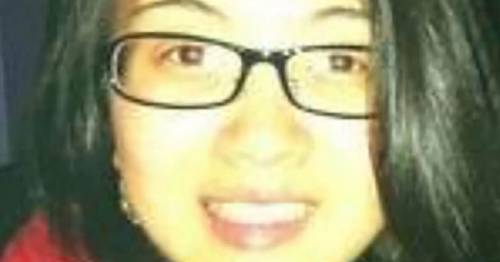 An off-duty police officer lay in wait to fatally ambush her ex-girlfriend and the woman's new lover, it has been reported.

Yvonne Wu caught the duo in the act at a Brooklyn home on Wednesday night before opening fire, police sources told the New York Post.

The 31-year-old was waiting outside the house when police arrived and told them in a "calm and collected" manner that she'd shot someone, NYPD Assistant Chief Michael Kemper told reporters at a briefing.

When emergency service workers went inside the house they reportedly found Wu's 23-year-old ex-girlfriend on the bedroom floor with a wound to her torso.

Her new partner, Jamie Liang, was on the living room floor with at least one gunshot wound to her chest, Chief Kemper reportedly said.

Liang died at Maimonides Medical Centre while Wu's ex is there in a serious but stable condition, according to police.

“She didn’t say anything,” neighbour Rocco Perna, 44, told the New York Post of when Wu was arrested.

“She was so quiet. No emotions, nothing. She was handcuffed and they put her in the car, that was it. She didn’t fight back or nothing. Didn’t say a word.”

Chief Kemper said the incident was being treated as a homicide case.

The police chief said that the off-duty officer was at the home before the victims arrived and that it wasn't clear how she entered the property.

A police source told the publication that a 911 call was made from the address of the shooting in which a woman can be heard saying “I told you not to mess with me!

Another person can then be heard saying “No Please! No Please!” before four “bangs” rang out, it was reported.

The New York Daily News reported that Wu was sitting on her ex-girlfriend's bed waiting for them to return.

Wu and her ex are said to have dated for two years before breaking up three weeks ago.

She lived on Staten Island and had received four medals for her work as well as good evaluations, a source claimed.

Chief He said she last worked on Tuesday night, and was expected at work again on Wednesday evening.

Previous : Suspect in Norway bow and arrow attack ‘had been flagged as radicalised’ – World News
Next : ‘Canterbury Cannibal’ who plotted to rape and eat girl found living next to playground