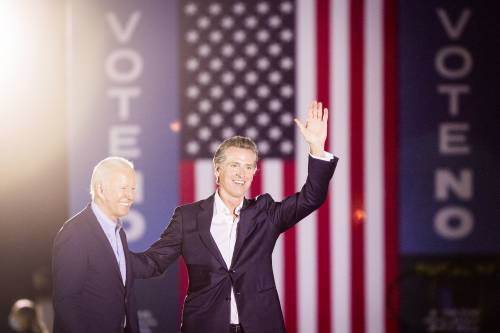 California Gov. Gavin Newsom (D) has beaten back an attempt by Republicans to recall him from that office. Many votes remain to be counted in the state, but Newsom’s lead looks solid — well over 60 percent of votes on the recall question are for keeping Newsom in office.

The result is a vindication of Newsom’s strategy of framing the contest as between himself and the leading Republican candidate to replace him, conservative talk radio host Larry Elder. But the tumultuous and expensive road here shows that the recall system remains a ticking time bomb for Democrats, even if it didn’t go off this time.

The recall attempt was born out of conservative frustration with Newsom’s governance. The strategy of pushing the recall now rather than waiting for the ordinarily scheduled governor’s race next year was an attempt to essentially hack California’s electoral system, because the bizarrely designed recall system gave conservatives an unusually high chance of winning.

If Newsom had failed to top 50 percent of the vote on the recall question, he would have been ousted. Then whoever came in first place in the crowded field of candidates running to replace him would have become governor — even if they got far less than 50 percent of the overall vote. Newsom was prohibited from running as a replacement candidate himself. 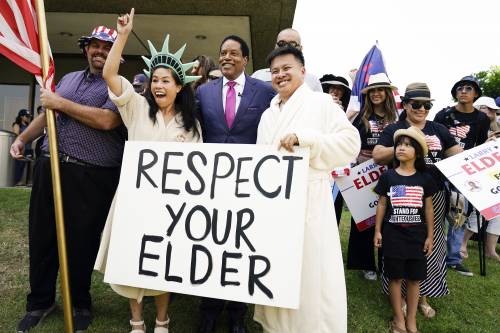 So there was a strange asymmetry: Newsom needed a majority on the recall question to stay in office, but his replacement could have won with a small slice of the vote. This thrilled conservatives, since a conservative candidate has little chance of winning a typical two-candidate California election. And for a while this summer, this outcome looked somewhat plausible in polls — the Democratic base was disengaged, and some polls on the recall question were nearly tied.

Newsom’s strategy to prevent this was to ensure no credible Democrats entered the race as replacement candidates, and then to frame voters’ choice as really being about Newsom or Elder, who he argued was far too conservative to be governor. That wasn’t just clever spin — once the field took shape, that choice quickly did become the reality voters faced, as shown in the polls reflecting Republican voters’ preferences.

Vox’s German Lopez is here to guide you through the Biden administration’s burst of policymaking. Sign up to receive our newsletter each Friday.

Elder led nearly every poll of the replacement question since July, and most by double digits. The other Republican candidates, like 2018 governor nominee John Cox, former San Diego Mayor Kevin Faulconer, and celebrity Caitlyn Jenner, had far less support. Much of the Republican base simply flocked to the bombastic and controversial talk radio host. Republican voters chose to make him the preeminent Republican candidate.

But Elder’s share of the vote never came close to topping 50 percent, even with many Democrats abstaining from the replacement question. So when Newsom pointed out that Elder could become governor with far less than a majority of the vote unless Democrats turned out en masse to keep him, he was telling the truth.

Unless the system is reformed, more recall attempts from conservatives seem likely

Overall, the recall drive has reemphasized just how easy it can be to get a recall on the ballot. Conservative activists just needed to get signatures of 12 percent of the voters who turned out in the last governor’s election. And even in California, 38 percent of voters backed Newsom’s GOP opponent last time around, so with the proper shoe leather and funding, that wasn’t a difficult threshold to meet. 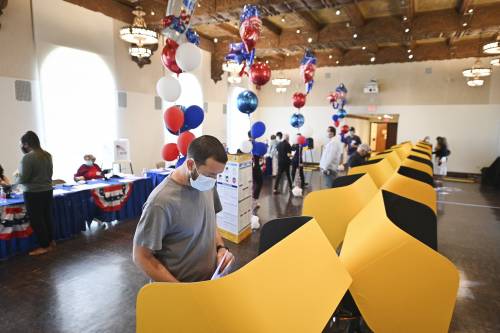 So with conservatives seemingly unable to win ordinary statewide elections in California, expect future attempts to try to dislodge Democrats through the recall. This time around, the strategy didn’t work out. But in 2003, it did, and perhaps in the future it could again, given the right circumstances.

Even if Democrats are hesitant to try to eliminate the recall altogether (voters generally don’t like power being taken away from voters), reforming its bizarre asymmetrical structure seems like a no-brainer for them.

Possibilities include allowing the incumbent to run as a replacement candidate, using ranked-choice voting for the replacement question, or ditching the replacement candidates altogether and just have the lieutenant governor take over in case of recall. Any change would have to get voters’ approval, but perhaps that would be doable with the specter of Gov. Elder still looming large in many minds.