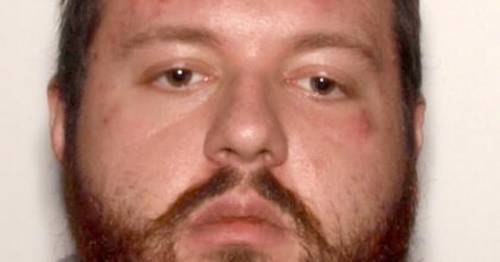 Three neo- Nazis plotted to kill an Antifa activist and his wife and butcher a lamb in their home.

Luke Austin Lane, 23, Jacob Kaderli, 21, and Michael Helterbrand, 27, hatched a plan to kill an Antifa activist who they knew lived close to Lane, a court in Georgia, USA heard.

Their scheming unravelled when they inadvertently hired a fourth man to take part in the plan to ambush the left-wing activist, not realising he was actually an undercover FBI agent.

The plot involved ambushing the target in his home at night, shooting him and his wife dead, and then burning down the house to cover their tracks, according to prosecutors.

Lane was jailed for conspiracy to commit murder
(

The FBI agent pretended to be an ageing biker and hardcore racist.

All the while he managed to log the group's activities and their plot to kill the family.

“I mean I have no problem killing a commie kid,” said Helterbrand while discussing the plot with his co-conspirators.

According to local media, the three defendants were also involved with sacrificing a stolen lamb during a gang ritual on Lane's property that following a weekend of paramilitary training.

The FBI arrested the three men during a national crackdown on The Base, an international neo-Nazi group they were members of, in January 2020.

As is required the trio had online nicknames, with Kaderli going by “Pestilence” and Lane taking on “The Militant Buddhist", Vice reported.

Russia-based Rinaldo Nazzaro, a former Homeland Security analyst and Pentagon contractor who started The Base, claimed that the jailed group members are "persecuted political prisoners" who "were not involved in bona-fide attack planning" against the Antifa activist.

Kaderli was jailed for 13 years
(

However, Judge John Niedrach called the case a "tragedy on many levels".

Intelligence analyst Joshua Fisher-Birch said: "Extreme right-wing violence continues to be a problem in the US, with numbers increasing in 2020.

"In this case, the defendants were arrested before they could commit a particularly horrendous politically motivated murder, but it's important to note that the threat remains.

Lane and Kaderli were jailed for six and 13 years respectively at a court in the US state of Georgia while Helterbrand was sentenced to 20 years in prison several days before.

The trio were jailed for conspiracy to commit murder.

Animal cruelty charges were dropped against Kaderli and Lane, however, two other The Base members are due in court for their role in the alleged sacrifice.