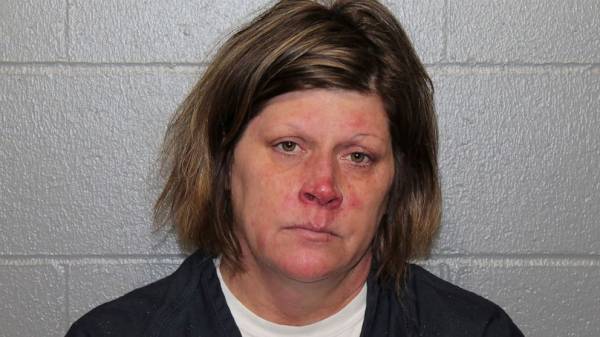 RED WING, Minn. — A Minnesota woman has been arrested and charged in the death of her newborn who was abandoned at a lake nearly 20 years ago, and in a criminal complaint acknowledged abandoning another newborn whose body was found in the Mississippi River years earlier, state and local officials said Monday.

Investigators used advances in DNA technology and genealogical research to link the newborns to the woman, and community donations helped to pay for testing to resolve the cold case.

Jennifer Matter, 50, of Red Wing, was charged with second-degree murder in the 2003 death of a newborn boy whose body was found in Frontenac on the shore of Lake Pepin, a body of water on the Mississippi River. The child’s umbilical cord was wrapped about his body, the complaint said.

“This is a case that law enforcement had been working for decades without success until genetic genealogy provided an important lead that ultimately led to today’s arrest,” said Jill Oliveira, a spokeswoman for the state Bureau of Criminal Apprehension.

According to court documents, Matter told investigators she abandoned another newborn in 1999 in the Mississippi River. Charges have not been filed in that case, which is still under review.

“For over 20 years, the deaths of these innocent babies have haunted our community and the countless law enforcement officers who have worked tirelessly on this case,” Goodhue County Sheriff Marty Kelly said at a news conference.

When investigators interviewed Matter on May 5, she said she was living in Red Wing in 2003 and had gone to the beach to be alone because she was trying to lay low due to a pending arrest warrant, according to the complaint.

Matter told investigators she did not remember if she wrapped the baby in a towel or a blanket, but that it was dark and cold and she did remember leaving the newborn on the beach before driving away. She said she hoped someone who lived nearby would find him alive, the complaint says.

In the 1999 case, the newborn girl was found dead at a marina along the Mississippi River near Red Wing, and it was also determined through DNA to be Matter’s child, officials said.

“When asked to explain what was going on in her life in 1999, she said that she was in a bad mental state. She stated that she was in and out of jail, drinking too much, doing a lot of stupid things, and had experienced chaotic life circumstances for a long time,” the complaint said.

Goodhue County Attorney Steve O’Keefe said he was still considering whether to charge her in that death. Matter told investigators that the girl was not breathing when she was born.

Genetic genealogy and rapid DNA testing helped break the case and confirm the identity of the mother, said Drew Evans, superintendent of the Minnesota Bureau of Criminal Apprehension.

“They used publicly available records to look for possible relatives of these children,” Evans said.

Investigators obtained a warrant to get a DNA sample from Matter and scientists with the BCA were able to confirm the match to both children, he added.

Kelly said $10,000 in donations from the community, raised in a matter of days, helped pay for the DNA testing.

In March 2007, a third infant was found dead in the Mississippi River near the Treasure Island casino and resort. DNA testing at the time indicated that newborn girl was not related to the other two babies, officials said.