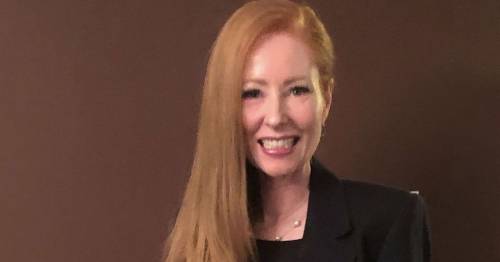 A mum diagnosed with skin cancer had told how she felt 'shunned' after her treatment left her looking like an 'acid attack victim'.

Honoure Stark first noticed an 'unusual spot' on her forehead back in 2008 but dismissed it as eczema until it became indented, which prompted her to visit a doctor.

The mum of four, 53, was stunned to be diagnosed with basal cell carcinoma, a form of skin cancer, the following year and had seven surgeries to remove the 'enormous' lesion on her forehead.

Over the past 12 years, she's undergone 30 surgeries to remove 'countless' lesions and must use a topical chemotherapy cream – an 'extremely painful' treatment akin to 'pouring acid' on her skin.

Honoure has spoken out to raise awareness
(

The mum has told how she felt 'shunned'
(

Photos and footage captured by Honoure show her fair skin 'bubbling up' before it's covered in red scabs as a result of using the chemotherapy cream, which she believes makes her look like she'd had a 'bad accident'.

After receiving the 'daunting' prognosis that she must 'learn to live' with her condition, the full-time-mum is keen to raise awareness of how small changes like wearing a hat and suncream can be potentially life-saving.

Honoure, of Toronto, Ontario, Canada, said: "It looks like I've had an acid attack.

"It makes my skin look like I've had a very bad accident.

"I have had people walk away from me. It used to hurt my feelings and I used to feel shunned.

"People would point at me and just not understand if I had a disease that was contagious, or someone had violently hurt me or I'd been in a car accident.

"People would stare and make comments like 'oh my God, what happened to her face?'.

The mum-of-four hopes to urge others to wear suncream
(

"I'm a very confident person and have a lot of empathy for people who just simply don't understand what I'm going through and that's ok."

The mum-of-four said that she first noticed a 'dime-sized indentation' that was scaly in texture at the top of her forehead back in 2008.

Honoure said: "In the first few months that I saw it, I thought it was dry skin or eczema.

"I'm prone to those and have very dry skin. It didn't have a colour. It was an abnormally shaped round spot but it was flaky and if I exfoliated it bled.

"So I knew at that point after six or eight months that it wasn't just dry skin, it was something that I should have looked at by the doctor but I didn't give it the attention it deserved.

"I had four small children and as a mum I just didn't look after myself first and foremost and just thought 'I'll have that looked at at some point in time, I'm sure it's nothing'.

"I did that until my forehead became indented with that lesion. It was eating my skin and tissue and getting extremely close to the bone on my forehead and that scared me into seeing my doctor.

"I went into her office, I was quite nervous and didn't know anything about skin cancer, and when she immediately looked at my forehead and said 'you have cancer. We need to set up a date for surgery to remove that'.

"It was very scary because I didn't know what type of cancer I had or understand how I got it. I was very put off by her lack of empathy and was quite upset. I started to cry.

"To be quite honest, I was so shocked by the diagnosis I really had a difficult time retaining anything past her pointing at my forehead saying I had cancer."

Honoure said she visited various cancer hospitals to receive a second and third opinion on her diagnosis and for more information about her treatment options.

She's been working with the same doctor since 2009 and had her first curettage surgery to remove the lesion the following year.

But the 53-year-old said that cancer has since appeared 'all over her body' – including her neck, arm and chest.

Since 2012, she'd used topical chemotherapy when instructed by her doctor which she must leave on for a minimum of six hours a day.

Honoure said: "I've had many many lesions over the years, I couldn't count the amount.

"The chemotherapy cream is extremely painful. You apply it and it only picks up the cancerous or pre-cancerous cells there will be red, ugly scabbing skin.

"It's like putting on a poison for cancerous cells.

"It makes the skin very hot and incredibly itchy. It's like you have red, burning ants running on your skin and you mustn't touch or scratch it."

Honoure now wears suncream daily come rain or shine before she steps foot outside, and will reapply it throughout the day too.

She said she's no longer allowed in the sun during the high times of sun exposure between 10am to 4pm and can never again be exposed to direct sunlight.

Honoure said: "I'm highly susceptible to melanoma, all of the other skin cancers, not just because I'm a redhead that's one factor but also because I never protected my skin.

"I put sunscreen on my children however I didn't wear sunscreen at all. I had sunscreen in my home but it wasn't something that I thought about every morning before I went outside.

"I didn't wear a hat or stand under an umbrella, and that's exactly why I have this much cancer.

"I was told by several doctors that I must learn to live with this like it's part of my lifestyle.

"At the time I thought 'these people are crazy? I can't adopt this as part of my lifestyle. I have a life, I can't be sick all the time for the rest of my life but it's true.

"I will have this for the rest of my life and I find that very daunting."

Honoure regularly shares informative TikTok videos about skin cancer and has amassed more than 240,000 likes and followers by doing so.

Honoure said: "One of my messages that I'm very passionate about is even though we have scary news, we do have a lot of control over who we can work with when we have a diagnosis.

"I visited three different hospitals until I found my cancer doctor that I work with now. I have never thought of anyone else because he was a perfect fit for me.

"When you get a scary diagnosis it's a very traumatic experience, I cried for weeks.

"I thought it was my fault and 'oh my gosh, what happens if I don't survive?' Then I did some research and understood that it isn't a cancer that tries to kill you quickly, it will eat away at your skin and get into your bones if left unseen by the doctor.

"I want people to understand that small behaviours that they can incorporate into their routine can stop this from happening.

"So you wear a hat, I see babies outside in the bright sun without a hat on and I think to myself 'that frightens me', because of what their future may look like.

"I really enjoy spreading awareness because this type of cancer you can protect yourself and your children at any time and any age from getting it."