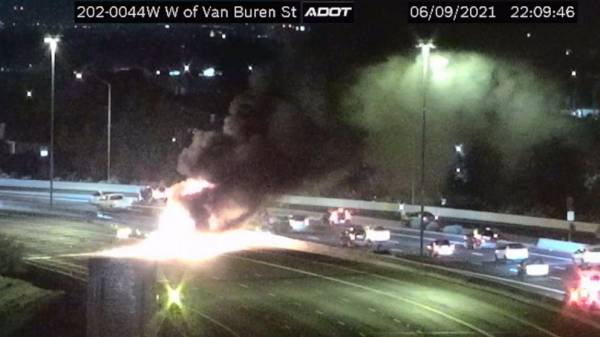 The tanker “failed to slow for traffic congestion,” the Arizona Department of Public Safety said in a statement.

Six of the nine people injured in the crash late Wednesday night were taken to hospitals in critical condition, the Phoenix Fire Department said a statement.

After the initial collisions, the trailer of the tanker rig separated and went over the freeway’s median wall and ended up on its side in the lanes of the freeway going in the opposite direction, the public safety department said.

Authorities ruled out the possibility that the trucker was impaired, the public safety department said. The trucker was not identified.