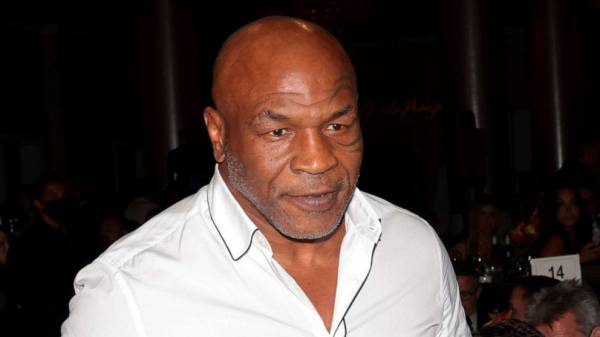 Former world heavyweight boxing champ Mike Tyson will not face charges in an incident last month in which he was recorded getting into a physical altercation with a fellow passenger on a flight at San Francisco International Airport, a California prosecutor announced Tuesday.

San Mateo County District Attorney Steve Wagstaffe said he decided not to charge the 55-year-old Tyson after reviewing police reports and videos of the confrontation.

“Our decision is that we will not file any charges against Mr. Tyson based on the circumstances surrounding the confrontation,” Wagstaffe said in a statement. “These include the conduct of the victim leading up to the incident, the interaction between Mr. Tyson and the victim, as well as the requests of both the victim and Mr. Tyson that no charges be filed in this case. We now deem this case closed.”

The incident unfolded on April 20 while Tyson was seated in first-class on a JetBlue flight at San Francisco International Airport waiting to take off for Florida.

A video obtained by the website TMZ Sports appeared to show a passenger seated behind Tyson repeatedly attempting to speak to the boxer, who became annoyed and told the man to “chill.”

“Unfortunately, Mr. Tyson had an incident on a flight with an aggressive passenger who began harassing him and threw a water bottle at him while he was in his seat,” representatives for Tyson said in a statement to The Associated Press.

The video showed Tyson standing up, leaning over the back of his seat and repeatedly punching the passenger, who was later video recorded with blood on his forehead.

San Francisco police officers detained Tyson and the passenger, and opened an investigation.

Wagstaffe said he reviewed the case and determined that allegations Tyson committed misdemeanor battery were not founded.

Tyson’s attorneys David Z. Chesnoff, Richard A. Schonfeld and Martin A. Sabelli issued a joint statement thanking Wagstaffe for conducting a thorough investigation and praising all law enforcement agencies involved in the probe for their “careful, diligent and professional work.”

Previous : Vile landlord who targeted vulnerable women is first ever jailed for sex-for-rent
Next : One year on from football’s social media blackout – what’s changed?