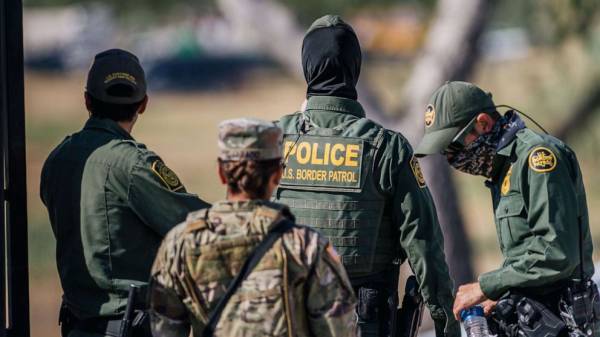 Some immigration advocates are hopeful the ruling by Travis County Judge Jan Soifer could potentially set a pathway for other migrants arrested under the controversial program.

Jesús Alberto Guzmán Curipoma, an engineer from Ecuador who hoped to submit a request for asylum, was arrested in September 2021 at a railroad switching yard in Kinney County on a criminal trespassing charge.

Guzmán Curipoma’s attorneys, Angelica Cogliano and Addy Miró, argued that Operation Lone Star violates the Supremacy Clause of the U.S. Constitution which establishes that federal law takes precedence over state laws and therefore prohibits state laws form interfering with immigration enforcement by the federal government. Cogliano told ABC News that her client should have been able to submit a claim for asylum, but was instead arrested and detained for weeks.

The Travis County District Attorney’s Office, which represented the state in the hearing, also agreed that Guzmán Curipoma’s arrest violated the Constitution.

“After careful consideration, the Travis County District Attorney’s Office agreed that Mr. Guzmán Curipoma’s prosecution for criminal trespass as part of Operation Lone Star violates the Supremacy Clause of the United States Constitution and represents an impermissible attempt to intrude on federal immigration policy,” said Travis County District Attorney José Garza in a statement. “In addition, DA’s office concluded that based on the evidence, there were multiple ways in which the OLS program has failed to satisfy basic, fundamental, and procedural state and federal constitutional safeguards.”

Abbott launched Operation Lone Star in March 2021, deploying thousands of National Guardsmen, Texas Department of Public Safety officers, and other state resources to the border and giving them the authority to arrest migrants under suspicion of criminal trespassing on private and state property.

Human rights organizations and the ACLU of Texas have called on the Department of Justice to investigate the program which they say sets up an alternative immigration system, one where migrants are arrested for faulty charges and detained for months without being given the chance to apply for asylum or seek representation. In December 2021, the ACLU of Texas and other civil rights groups filed a complaint with the DOJ and cited cases where migrants were allegedly lured onto private property by law enforcement agents so they could be arrested on trespassing charges.

“Operation Lone Star is a policy whereby they pretextually arrest people that they suspect of being here illegally, which is a fancy legal way of saying people that are brown on the border because there’s no other way for anybody to try and determine if somebody looks like they could be illegal. That’s not a thing you look like,” Cogliano told ABC News “It’s authorizing people to use that as a reason to arrest those people for certain offenses and detain them far longer than any U.S. citizen would be detained for that offense in Texas.”

Kathryn Dyer, a clinical professor at the University of Texas School of Law, testified at the hearing on Thursday and spoke about her experience representing other clients arrested under the program.

“When you start taking away rights and building a separate legal system for people there’s kind of no limit to it. This is concerning for immigrants and non-immigrants alike,” Dyer told ABC News.

At a briefing in November, Texas DPS officials said there have been over 9,300 criminal arrests since Operation Lone Star’s launch.

“These very serious constitutional issues have finally been heard and there’s a judge that thinks that there were constitutional violations such that the case needed to be dismissed,” Dyer said. “I do think that those issues and that ruling could open the door to other challenges.”

A spokesperson for Gov. Abbott told ABC News in a statement that they expect the ruling will be overturned.

“The district court did not have legal authority to enter this flawed and collusive judgment without hearing from the Office of the Attorney General. There is no doubt that this will be overturned,” said Nan Tolson. “In the meantime, Texas will continue to do what the Biden admin refuses to do: stepping up to secure our border and protect Texans from the catastrophic open border policies allowed by President Biden.”

On Friday, Texas Attorney General Ken Paxton said in a Tweet that he’d challenge the ruling.

“Lib Austin judge lets a Soros Travis County DA represent State of TX, then declares Op Lone Star unconstitutional. Ridiculous. Biden has FAILED to secure the border. Texas stepped in. We have the right to defend our border if the feds refuse. I’ll fight this nonsense on appeal,” he tweeted.