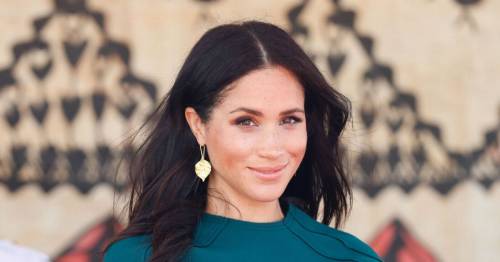 Meghan Markle could be stopped from running to be the US President over an obscure rule designed for Napoleon's family, experts have claimed.

The Duchess of Sussex has never publicly said she would want to run for office. but has been contacting US politicians to lobby for paid leave and also encouraged Americans to vote.

Meghan, 40, could be prevented from running for president over a 211-year-old constitutional amendment that was originally proposed to stop Napoleon's brother from seeking power, The Sunday Telegraph reports.

Biographers say it is "possible" she may one day run for office as one says she is the "embodiment of the American dream".

The amendment- which was never passed – was designed for Napoleon's family
(

The mum-of-two has been criticised for continuing to introduce herself as "Meghan, Duchess of Sussex" when it comes to political and business matters with arguing it is inappropriate.

Her supporters have said it is her legal name.

Constitutional experts have pointed to an 1810 tweak to the constitution that was called the "Titles of Nobility Amendment".

The amendment states that anyone who "accepts, claims, receives or retains a title of nobility bestowed by a foreign power" would be stopped from holding federal office.

Meghan has never publicly said she wanted to run for office

However, it has never been passed. At the time, it required 14 states to vote in favour – or three-quarters – but only 12 did.

Even though it never passed, it was never thrown out on either – meaning it is still on the table and could be revived.

The amendment came into play when Napoleon Bonaparte’s younger brother Jérôme had married American socialite Elizabeth "Betsy" Patterson, sparking fears he would run for office and the US would become part of the French Empire.

Jerome never became president, but instead became chairman of the Maryland Agricultural Society and founded one of the oldest private member’s clubs in America.

If the amendment was revived today, the current 12 votes in favour would likely still count and the new threshold would require 26 additional states to pass it.

John Kowal, the co-author of a history of constitutional amendments, ‘The People’s Constitution: 200 Years, 27 Amendments, and the Promise of a More Perfect Union' told the paper: "It wouldn't take long for people to look at this as an opportunity.

“I'm not aware of any precedent, where someone who is publicly known and publicly uses a noble title from another country has run for political office.

“I think it would be very controversial. Britain has a very strong tradition of keeping royals out of politics and so this is perhaps more intrusive than anything a royal would dare to do in Britain. Meeting with senators to lobby for a bill – this is her injecting herself into US politics.”

Mr Kowal speculated Meghan could run either as a Democrat or an independent.

It comes as two Republican senators said they were shocked when they were cold-called by the Duchess on the issue.

Maine Senator Susan Collins, 68, told Politico she received a call from the Duchess on her private line.

She told the website: “Much to my surprise, she called me on my private line and introduced herself as the Duchess of Sussex, which is kind of ironic.

"I was happy to talk with her, but I’m more interested in what people from Maine are telling me about paid leave.”

Speaking to The New York Times, she added: “She just weighed in that she thought paid leave was really important, and I told her there were a lot of different approaches, and people were working on it.”

It comes after Meghan penned an open letter to Congress demanding paid leave for all new parents in America.

In a column in August Tom Bower, who is writing a royal biography about the Duchess of Sussex, said he believes the former actress' next steps are to conquer the US – and then the world.

He asked: "And what about the next 40 years? Once Harry has finished promoting his books, will Meghan launch her own global campaign to engage in the swirling muck of American politics?"

Tom Bower, added: “The prospect of Meghan running for president is possible and I'd even say likely. I really believe it's where she sees herself going.”

Meghan is expected to be in Washington in the coming weeks for a dinner with female senators who have backed the campaign for paid parental leave.

Previous : No. 3 Oregon Ducks’ CFP hopes dimmed after upset loss to Utah: ‘It should burn’
Next : ‘We should be grateful MPs give up 20 minutes a year to ensure poor stay happy’ – Mark Steel