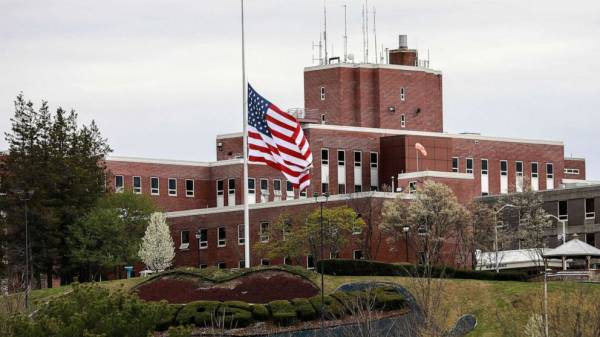 Massachusetts has reached a $56 million settlement with the families of the dozens of veterans who died and were sickened during the Holyoke Soldiers’ Home’s widespread COVID-19 outbreak in the early months of the pandemic, Gov. Charlie Baker announced Thursday.

“The COVID-19 outbreak at the Holyoke Soldiers’ Home was a terrible tragedy. While we know nothing can bring back those who were lost, we hope that this settlement brings a sense of closure to the loved ones of the veterans,” Baker said in a press release.

Tom Lesser, the lawyer for the plaintiffs, told ABC News that the outbreak resulted in more than 160 veterans contracting the virus between March 1 and June 23, 2020, with at least 84 veterans ultimately dying from the infection.

The agreement is subject to approval by the federal district court for Massachusetts, and the terms of the settlement will cover veterans who lived at the Holyoke Soldiers’ Home at any time between March 1, 2020 and June 23, 2020, and who became ill or died from COVID during that period.

Boston Globe via Getty ImagesA memorial in front of The Holyoke Soldiers Home pays tribute to those lost to COVID-19 in Holyoke, Mass., May 6, 2021.

“There is no amount of money that can compensate our clients for the loss of their loved ones. But our clients are grateful that the Commonwealth has acted to resolve this matter without the need for protracted litigation by agreeing to compensate both the families of those who died of COVID, as well as the veterans who survived. The settlement is fair and just,” Plaintiffs’ lawyer Tom Lesser wrote in a statement.

For some of the victims’ families, the news of the settlement comes as a relief, though they remain upset at the devastating consequences of the decisions taken by the officials responsible for the state-run veterans’ home.

“I think it’s great because it’s at least some sort of acknowledgement, perhaps, but I would like to see the people with the powers that could have prevented or remedy that in it speedier fashion to be held accountable that needs to happen,” said Susan Kenney, whose 78-year-old father, Charles Lowell, contracted COVID-19 and died in the outbreak.

Courtesy Susan KenneyCharles Lowell, 78, served in the Air Force during the Vietnam War from 1960 to 1965.

The loss of Lowell, an Air Force veteran who served from 1960 to 1965 during the Vietnam War, is still fresh for Kenney, who was emotional as she recalled trying to reach her father after he had fallen ill.

“Not knowing if your dad’s dead or alive and you see the death toll rising and rising… I wanted him to be cared for with honor and dignity, and we weren’t allowed that opportunity,” Kenney said.

Kenney stressed that the push from families to make changes at the Soldiers’ Home has nothing to do about the money, but rather a fight for “human rights”.

Earlier this year, the Massachusetts House passed legislation that would require additional oversight of the home.

The state also reports that it has undertaken an “expedited capital project to reimagine the future of the Soldiers’ Home in Holyoke and develop the right, longer-term option to meet the current and evolving needs of area Veterans.”

“Something needs to be learned from it,” Kenney said. “Unfortunately, people were put in positions of power yet did nothing to prevent and only allowed people to get complacent in their positions and protocols, and it affected our veterans greatly. And most tragically it could have definitely been prevented.”

Late last month, the Massachusetts Inspector General’s office released a report detailing the “extensive mismanagement” and “oversight failures” at the Holyoke Soldiers’ Home, prior to the onset of the pandemic.

According to the report, former superintendent of the home, Bennett Walsh, was “quick to anger” and actively “intimidated” employees, further retaliating against staffers who angered him or whom he believed were disloyal.

“He created a negative work environment, engaged in retaliatory behavior, demonstrated a lack of engagement in the Home’s operations, circumvented the chain of command and bristled against supervision,” investigators said.

Walsh, alongside the facility’s former medical director, Dr. David Clinton, had faced charges of elder neglect, and permitting bodily injury. However, a Massachusetts judge cited no “reasonably trustworthy evidence” and dismissed charges for both.

However, the inspector general’s report found that Walsh did not have the managerial skills, leadership capacity, or temperament for his leadership role at the facility.

In May 2020, an attorney for Walsh insisted that Walsh did not keep anyone “in the dark” about the growing crisis inside, and took several steps to notify state and local officials about the growing rate of COVID-19 infections among veterans, but that Walsh’s requests for medical assistance for the facility were denied.