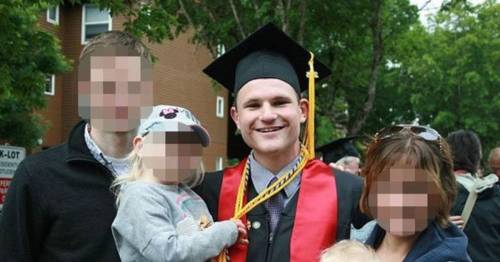 A man was boiled alive and then dissolved in a hot spring while his sister filmed the tragic accident.

The 23-year-old was cooked alive before the ferociously acidic waters dissolved his body, the Daily Star reported.

Official police reports obtained after Colin's death showed that he and his sister, Sable, had hiked into a prohibited area looking for a place to have an illegal swim.

The pair ignored many large warning signs posted in the area telling visitors to remain on the boardwalk.

Sable videoed the two of them stepping off the Norris Geyser Basin’s boardwalk to look for a perfect pool in order to have a dip. 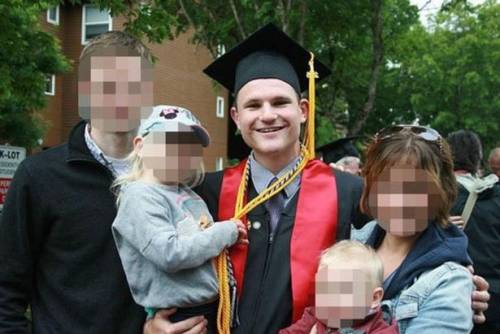 Colin had been looking for a spot to have a relaxing swim
(Image: Facebook)

Before they found the right spot, Colin slipped into the azure blue water.

Reports into the grizzly 2016 event read: “The smartphone recorded the moment he slipped and fell into the pool and her efforts to rescue him.”

Without any phone signal, Sable ran to a nearby museum to raise the alarm.

When she returned with several park rangers, it was too late. 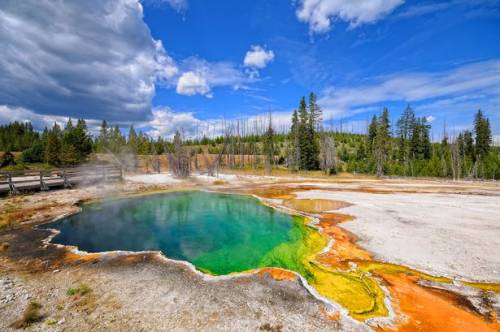 The pool was bubbling away when Colin fell in
(Image: Getty Images)

They saw portions of Colin’s head, upper torso and hands were visible in the hot spring.

The police document continues: “Due to the report of the individual not previously visible, a lack of movement, suspected extreme temperatures, and indications of several thermal burns, the subject was determined to be deceased.”

US park ranger Phil Strehle noted in a separate report that a V-neck T-style shirt could be seen, and “what appeared to be a cross was visible and resting on the subject’s face”.

Rescuers were unable to safely recover the man’s body due to the “volatile” thermal area they had wandered into, and an incoming lightning storm.

When they returned the next morning, Colin's body was no longer visible.

All the found was his wallet and flip-flops.

The report confirmed that they believed that Colin had been entirely dissolved overnight.

It read: “The consensus among the rescue/recovery team … was that the extreme heat of the hot spring, coupled with its acidic nature, dissolved the remains.” 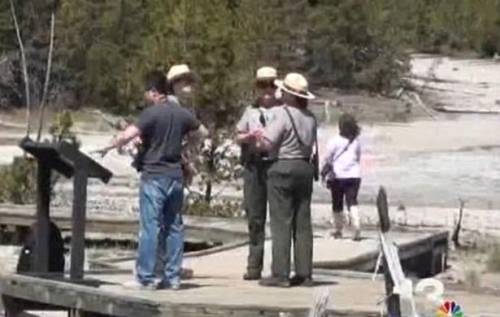 Rangers were unable to rescue his body
(Image: NBC)

Water temperatures at the basin typically reach 93C, but when rescuers came to retrieve Colin's body the pool was bubbling away at 100C – boiling point.

The videos recorded by Sable have never been released, but are kept on file by police.

Previous : Anonymous Meghan Markle relative claims she ‘won’t ever speak to her family again’
Next : Today’s racing tips and Nap from Newsboy for racecards including Newbury and Haydock