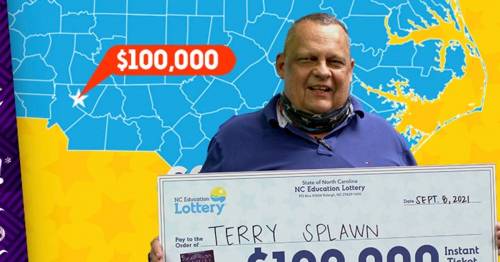 A man has won his third lottery jackpot in four years after buying tickets from the same store.

He first struck lucky in April 2017 when he won $1 million (£722,340) after buying a Millionaire Bucks ticket from Sam's Mini Stop in Concord, North Carolina.

And his latest win saw him taking home a total of $70,756 (£51109) after taxes, according to the North Carolina Education Lottery (NCEL).

The NCEL posted about the three wins on Twitter.

One person said in reply: "I need to get Terry Splawn to buy my lotto tickets. Three-time winner is insane! Congratulations."