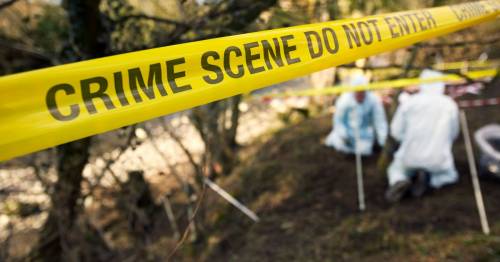 A man is accused of strangling a woman he lived with before dying of a heart attack as he tried to bury her in their back garden.

Joseph Anthony McKinnon was found dead at his home in Trenton, USA by police who were called after witnesses spotted an "unresponsive male" in the garden.

The 60-year-old, who officers say likely died of a heart attack, was found close to a second body which had been dumped in a freshly dug makeshift grave.

Officers from Edgefield County said their investigation confirmed the dead woman to be 65-year-old Patricia Ruth Dent, who lived with Mr McKinnon.

A post mortem revealed that she died by strangulation.

The sheriff said: “Mr McKinnon then bound her and wrapped her in trash bags before putting her in the previously dug pit."

Evidence gathered at the scene along with statements from witnesses are helping investigators to build a timeline.

In Australia, a man is on trial accused of killing his wife more than 40 years ago, after he became infatuated with one of his female pupils.

Chris Dawson is facing an eight-week trial in a case which has shocked the country.

The ex-professional rugby player and sports teacher, now 73, has always claimed his wife Lynette simply left him, their home, and their two small daughters, but two inquests have named him as her killer.

In an opening statement on Monday in Sydney's Supreme Court, prosecutor Craig Everson said Mr Dawson was motivated to kill his wife so he could have an "unfettered" relationship with a school student.

The student, Joanne Curtis was 16 at the time, and later went on to marry her former teacher, in the years after his first wife went missing.

Previous : Common dog toy cleaning mistake that could be making you and your pet sick – World News
Next : Prince Charles’s plans to modernise the monarchy – and key royals he’ll kick out