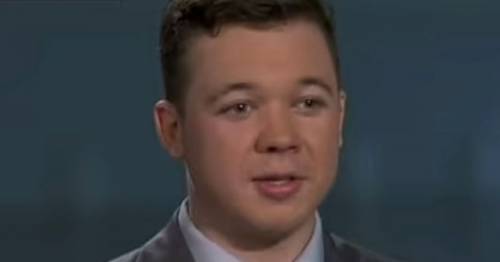 A man acquitted of murdering two people at a Black Lives Matter protest says he has hired bodyguards for protection and insisted he is not racist.

Kyle Rittenhouse gave his first TV interview after jurors cleared him of all charges including two counts of homicide and one count of attempted homicide for wounding a third man.

He insisted he is a supporter of Black Lives Matter and suggested that he might sue US President Joe Biden.

He was just 17 when he used an assault rifle to shoot and kill Joseph Rosenbaum, 36, and Anthony Huber, 26, in Wisconsin in August 2020.

He also wounded Gaige Grosskreutz, 27, during violent demonstrations being held over the police shooting of Jacob Blake, 29.

He had pleaded not guilty to the shootings in the city of Kenosha – claiming he was ambushed and had acted in self-defence and was found not guilty of all charges on Friday, after a three-week trial.

The verdict sparked an angry backlash across the country with one protest of around 200 people in Portland, Oregon, being declared a riot.

In an interview with Fox News on Monday night, Rittenhouse said that he was not a racist and supported Black Lives Matter.

"I'm not a racist person, I support the BLM movement, I support peacefully demonstrating and I believe there needs to be change."

Rittenhouse claims he has received numerous death threats and that he now fears for his life.

He said: "I was an innocent 17 year old who was violently attacked and defended myself.

"Apparently for a lot of the people on the left it is wrong to want to defend your community.

"I have to have people with me because people want to kill me, just because I defended myself.

"Some of the things people say, it's just sickening."

He also said he had 'really good lawyers' who were looking into defamation charges and claimed that he believed Joe Biden acted with 'malice' for previously suggesting he was a white supremacist.

After the acquittal the heartbroken relatives of Mr Huber released a statement that said Rittenhouse's verdict sends an "unacceptable message".

It reads: "Today's verdict means there is no accountability for the person who murdered our son.

"It sends the unacceptable message that armed civilians can show up in any town, incite violence, and then use the danger they have created to justify shooting people."

Mr Huber's devastated girlfriend Hannah Gittings said: "Everyday I wish I could come home to him and unload some of the weight that's on my shoulders. But I can't. Because he's dead."

Previous : Bulgaria bus crash: Children among 46 people killed in horror motorway smash – World News
Next : Money Talk: ‘Is it ever ok to wear an item and then return it back to the shop?’