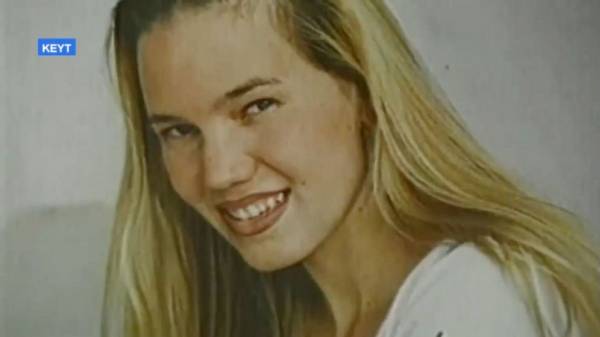 The parents of Kristin Smart, a California college student who disappeared in 1996 while walking home from a party, have filed a lawsuit against the father of the suspect charged with her murder, saying he caused them “severe emotional distress” over allegedly removing her body from his property.

Ruben Flores, 80, was arrested last week and charged as an accessory to murder in connection with Smart’s disappearance. He is accused of helping conceal Smart’s body after the murder, prosecutors said.

His son, Paul Flores, 44, who walked Smart home from the party and previously was named the “prime suspect,” was arrested and charged with her murder.

Both Paul and Ruben Flores have pleaded not guilty to their charges.

Kristin Smart was a freshman at California Polytechnic State University, San Luis Obispo, when she disappeared in May 1996.

In a lawsuit obtained by ABC News on Thursday, Stan and Denise Smart alleged that in February 2020, Ruben Flores removed their daughter’s remains from his home in Arroyo Grande, California, days after the San Luis Obispo County sheriff’s department served him a search warrant.

The lawsuit also alleged that two other unidentified individuals helped him move the body from its burial below his deck “under the cover of darkness.”

The body was allegedly taken to another location in San Luis Obispo County “to cover up the complicity of Paul Flores in the death of Kristin Smart” and to ensure the remains “would not be found should another search warrant be executed,” the suit alleged, based on “information and belief.”

The sheriff’s office conducted another search of Ruben Flores’ property in March, about a month before he and his son were arrested.

Smart’s remains still have not been found, authorities said.

In connection with the the Kristin Smart case, the San Luis Obispo County Sheriff’s Office is searching a property in Arroyo Grande belonging to prime suspect Paul Flores’father.

The lawsuit alleged Ruben Flores and the two unnamed individuals “committed acts of such viciousness, depravity and cruelty as to, by their definition, cause severe emotional distress” to Smart’s parents.

The alleged removal of her remains prevented her parents from having Smart “laid to rest in a place of honor and dignity, as opposed to the present circumstances where their daughter’s body was discarded like human garbage,” according to the lawsuit.

The family is seeking damages in an amount to be determined at trial, the civil complaint stated.

Prosecutors have also alleged that Smart’s body was “recently” moved after being buried under Ruben Flores’ deck, according to a court document obtained by the San Luis Obispo Tribune earlier this week.

Ruben Flores of Arroyo Grande, Calif., is pictured in a booking photo released by the San Luis Obispo County Sheriff’s office on April 13, 2021.

During bail arguments Monday, defense attorney Harold Mesick said the evidence against Ruben Flores was “so minimal as to shock the conscience,” the Associated Press reported.

ABC News reached out to Mesick for comment on the lawsuit, though a judge has issued a gag order preventing lawyers from speaking about the case outside the courtroom.