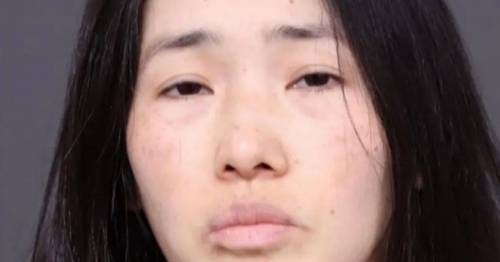 A twisted mum accused of shooting dead her two young sons as they slept left a chilling note telling police what to do with their bodies.

Trinh Nguyen, 38, had planned the killings for more than a week, authorities claim.

The woman has been jailed since the May 2 shootings in Pennsylvania, US, that killed nine-year-old Nelson Tini and 13-year-old Jeffrey Tini.

Nguyen was officially charged with first-degree murder on Monday after her sons both died in hospital on Friday.

Philadelphia police said on Tuesday that Trinh Nguyen acted premeditatedly and gave details of the messages she left.

She left a note, obtained by the Bucks County District Attorney’s Office, which read: "Please call 911! My children are dead in their bed."

They revealed Nguyen had also left signed handwritten message seven days before the murder with instructions of what to do with her sons' remains.

“I have been praying for these boys and their surviving family for days,” the prosecutor said in a statement.

“I am so sad to hear of their passing. This defendant’s murder of two of her sons is unconscionable and horrific.”

Nguyen, 38, has been jailed since the May 2 shootings
(

The mum attempted a failed suicide bid and was hospitalised, before later being charged with three counts of attempted murder.

Such is the severity of the charges against her, under Pennsylvania law the woman could be put to death.

A preliminary hearing is expected to take place on May 23.

Her tragic sons had been on life support for five days. They were pronounced dead on Friday at the Children’s Hospital of Philadelphia.

Detectives raided her home and found a loaded gun, suspected packages of heroin, swabs of blood and the note on the dashboard, authorities said.

One of Nguyen’s neighbours – the nephew of her ex-husband Gianni Melchiondo – reportedly told police she pointed a gun at his face, but the weapon didn’t fire.

Nguyen had been months behind on her rent, with more than $11,000 owed, the Philadelphia Inquirer reported.

She was due to be evicted from her home and was told to leave by May 3.