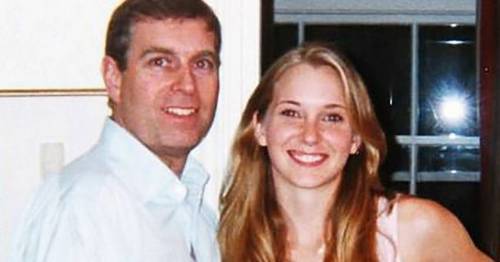 A judge has set out his reasons for refusing to dismiss a sex case against Prince Andrew, as the embattled royal now faces civil trial.

Andrew's lawyers failed to persuade Judge Lewis Kaplan to throw out Virginia Giuffre's lawsuit accusing the Duke of York of sexually abusing her when she was underage, and being trafficked by the late financier Jeffrey Epstein.

In a decision made public on Wednesday, Judge Kaplan said Ms Giuffre, 38, was entitled to pursue claims Andrew battered her and intentionally caused her emotional distress.

Outlining his reasons, the judge pointed to the 2009 agreement between Ms Giuffre and Epstein as a key reason why he denied the Prince’s attempts to squash the case.

Judge Kaplan said: "The 2009 Agreement cannot be said to demonstrate, clearly and unambiguously, the parties intended the instrument 'directly,' 'primarily,' or 'substantially,' to benefit Prince Andrew.

"The existence of the requisite intent to benefit him, or others comparable to him, is an issue of fact that could not properly be decided on this motion even if the defendant fell within the releasing language, which itself is ambiguous.

"Thus, independent of whether the release language applies to Prince Andrew, the agreement, at a minimum, is 'reasonably susceptible to more than one interpretation' on the equally important question of whether this defendant may invoke it."

In short, the judge found the wording of the 13-year-old agreement too ambiguous and open to interpretation on whether the Duke of York could even use it in his defence or not.

The agreement had been key to Andrew’s attempt to dismiss the case.

Continuing his judgment, Judge Kaplan said: "The fact that the defendant has brought the matter before the Court on a motion to dismiss the complaint as legally insufficient is of central importance.

"As is well known to lawyers, but perhaps not known to the lay public, the defendant, by making this motion, placed upon the court the unyielding duty to assume, for the purposes of this motion only, the truth of all of plaintiff's allegations and to draw in plaintiff's favour all inferences that reasonably may be drawn from those allegations.

Judge Lewis Kaplan announced his decision in the US today
(

"In consequence, the law prohibits the Court from considering at this stage of the proceedings defendant's efforts to cast doubt on the truth of Ms Giuffre's allegations, even though his efforts would be permissible at trial.

"In a similar vein and for similar reasons, it is not open to the Court now to decide, as a matter of fact, just what the parties to the release in the 2009 settlement agreement signed by Ms Giuffre and Jeffrey Epstein actually meant."

This all means that the Prince could face the case in court, a major blow as he and his legal team have always denied all allegations against them.

Judge Kaplan made his ruling after a video conference hearing with representatives for the Queen's son, but the prince was not present.

The Prince has yet to comment on the judge's decision.

Buckingham Palace declined to comment on the development, saying: "We would not comment on what is an ongoing legal matter."