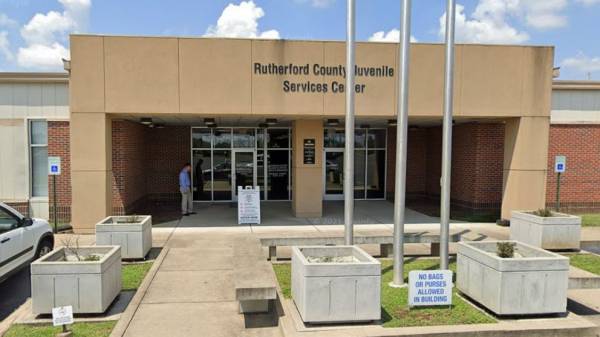 The investigation centers around a 2016 incident where 11 Black children, some as young as 8 and 9 years old, were allegedly arrested for not stopping a fight captured on video. Ten of the children were charged with “criminal responsibility for conduct of another.”

Frank Ross Brazil, an attorney who represented several of the children, told ABC News that criminal responsibility is a prosecutorial theory and not a charge under Tennessee law.

“If you and I are in a car, and there’s something illegal in the car and I’m arrested for possessing it, you could be also found guilty of possessing that substance by the theory of criminal responsibility for another,” he said. “So, that being applied as a charge in and of itself is unlawful.”

The ProPublica report detailed systems set up by Davenport, which allegedly lead to the improper arrest and detention of children.

Davenport has not responded to ABC News’ request for comment and declined an interview with ProPublica.

In 2003, Davenport allegedly set up a “process” where police in Rutherford County took children into custody, transported them to the detention center for screening and then filed charging papers. In the 2016 incident, the children were arrested, taken for processing and then released after they had been charged, the lawsuit alleges.

A class-action lawsuit filed, and later settled, against Rutherford County alleges this process was a violation of Tennessee law. For many juvenile misdemeanor offenses, state law requires that police officers release children with a citation or a summons rather than taking them into custody, according to the lawsuit.

The Rutherford County Juvenile Detention Center also reportedly used a “filter system,” where staff could decide to hold a child before they had a hearing using undefined criteria instead of the precise categories outlined in Tennessee law, Brazil said. Davenport has “ultimate administrative authority” over the detention center, according to the lawsuit.

The class-action lawsuit alleged that these policies led to potentially thousands of children being illegally arrested, illegally detained or both.

Dylan Geerts, a named plaintiff in the lawsuit, but not a part of the 2016 incident, was one of those children. When he was 15, he said he was arrested for stealing change and small items from a car.

“They essentially put me in solitary confinement for between 22 and 23 hours a day,” Geerts, now 23, told ABC News. “[They] took me off of my medications by force, not by doctor’s orders or anything. They just didn’t allow me to have my bipolar medication.”

“I was kept awake for close to 30 something hours by the staff, purposefully,” he added. He was released on house arrest after four days.

“I really struggled through my teenage years after that,” Geerts said, noting that he had fallen in with the “wrong crowd” during his time in juvenile detention.

“Whenever you get taken off of a medication like that,” he said. “It can take weeks to months for it to work again if it does at all.”

“It’s been heartbreaking, actually, to talk to these people’s families and to hear individually so many hundreds of stories,” he said.

“You’d like to hope, being a father to my children of my own, I like to hope that this kind of thing does not happen in the 2000s in America, but it does,” Brazil added. “It’s happening to a certain set of people disproportionately.”

Brazil said that the lawsuits have brought some change to Rutherford County. A federal injunction in 2017 ended the county’s “filter system.”

Although there was an investigation into the arrests in 2016, the police officers involved only received reprimands or short-term suspensions. The officials who recommended the charge did not participate in the investigation and had no mention of it in their personnel files, according to ProPublica.

Davenport is still the juvenile court judge for Rutherford County.

Geerts said that knowing the injunction has stopped the “filter system” has made him feel better. However, he said he wants the state legislature to mandate that counties release numerical data about their juvenile arrest rates. And, he said, he would like to see Davenport challenged when she goes up for election next year.

“I hope that people out here will take that into account and be sure that they can voice their opinion and let people know that, yeah, that’s not cool,” he said.

“Like you’re not making kids better, you’re honestly making them worse” he said. “People don’t belong in a box on their first offense, especially if you’re going to play doctor and take their medication away and lock them inside of a cell.”

Following the release of ProPublica’s report, state lawmakers have called for action.

“We are concerned about the recent reports and believe the appropriate judicial authorities should issue a full review,” Tennessee Gov. Bill Lee’s press secretary Casey Black said in a statement to ABC News.

Tennessee State Sen. Jeff Yarbro called the report’s findings “wrong on so many levels” in a tweet Saturday.

“It’s a horror show plain and simple, it’s abusive and it doesn’t even resemble law,” Yarbro, who is the Democratic Leader in the State General Assembly, told ABC affiliate WKRN.

Tennessee State Rep. John Ray Clemmons, who called for a federal investigation after the 2016 incident, said the state and the county failed children and their families in a statement to WKRN.

“As an attorney, I am limited in sharing my personal opinion on sitting judges, but these individuals, through their own acts and admissions, have proven themselves wholly unfit for the important positions they currently hold,” he added.