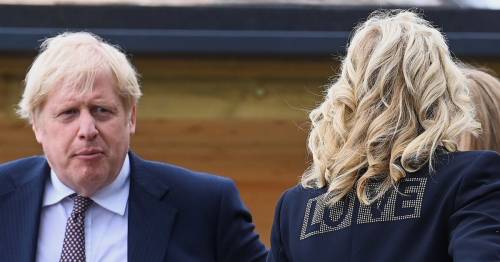 Jill Biden wore a blazer with the word "LOVE" scrawled on the back in a possible jab at predecessor Melania Trump's infamous "I don't care" jacket.

The US First Lady joined husband President Joe Biden and British Primer Minister Boris Johnson and his new wife Carrie during a stroll in Cornwall earlier today ahead of the G7 summit.

It is the Bidens' first official trip to the UK since taking over at the White House in January.

When asked what her jacket meant, Dr Biden said: "Well, I think that we're bringing love from America.

"I think that this is a global conference and we're trying to bring unity across the globe and I think that's important right now that you have a sense of unity."

Do you think Dr Biden's jacket was a jab at her predecessor? Let us know in the comments 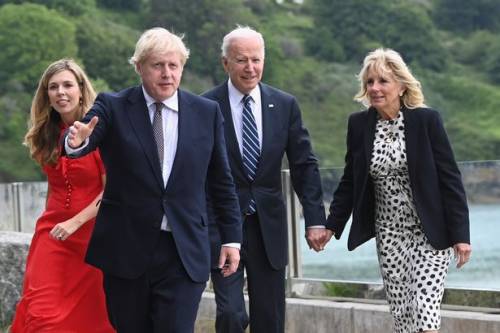 The Johnsons and Bidens took a walkabout in Cornwall ahead of the G7 summit
(Image: Getty Images)

And while her camp claimed there was "no hidden message" at the time, President Donald Trump said it was aimed at the "fake news media".

One Twitter user said: "I know it's trivial, but Dr. Jill Biden's 'Love' jacket vs Melania Trump's 'I Really Don't Care. Do U?' jacket is pretty polarising."

Another said: "Am I cynical for thinking she's shading Melania with that 'LOVE' jacket? I know the circumstances are different, but can't help myself." 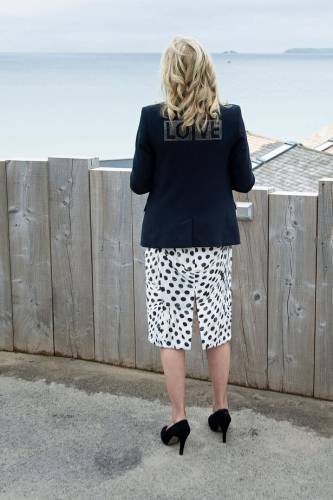 A third added: "Jill Biden knows a jacket with words on the back will automatically draw comparisons to Melania, so it's fascinating that she would want a (not subtle) troll move to define one of her highest profile moments in the administration so far."

The Bidens and Johnsons took in Carbis Bay, outside Carbis Bay Hotel, during their walkabout, with the PM saying he didn't disagree with the POTUS's suggestion they both "married way above our stations".

The two leaders and their wives admired the view near the luxury hotel, with Mr Biden saying: "It's gorgeous. 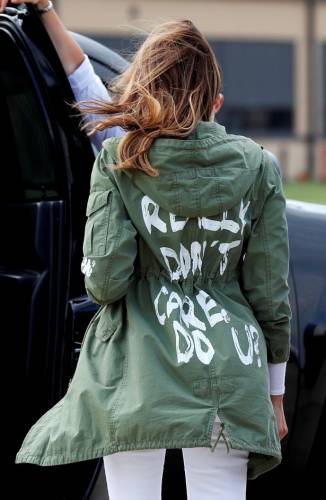 Melania Trump walks from her airplane to her motorcade wearing a Zara design jacket with the phrase "I Really Don't Care. Do U?" on the back
(Image: X00157)

Newlyweds Mr and Mrs Johnson walked hand in hand for their first major engagement as a married couple on Thursday, almost two weeks on from their low-key wedding ceremony at Westminster Cathedral.

Mrs Johnson opted for a red mid-length dress, which appeared to be a £325 gown by London-based designer L.K.Bennett, for the walk, while Mrs Biden wore a black and white dress with a black blazer.

As the two men were sitting next to each other in the hotel, where the G7 summit will be hosted, Mr Biden said: "I told the Prime Minister we have something in common.

"We both married way above our stations."

Mr Johnson responded: "I'm not going to dissent on that one.

"I'm not going to disagree with you there or indeed on anything else, I think highly likely."

It came ahead of a potentially tricky meeting between the two leaders, with Mr Biden expected to use the meeting to warn Mr Johnson not to let the row over Northern Ireland's Brexit arrangements put the Good Friday Agreement at risk.

Previous : Housing conditions for migrant workers in Canada ‘worse than if we were in prison,’ new report says
Next : OnlyFans model kicked out of £18,000-a-week villa for sharing bikini pic taken inside