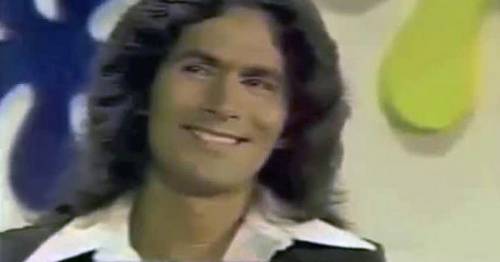 When Rodney Alcala appeared as smiling Bachelor One on a popular TV dating show, he was concealing a dark and devastating secret that eventually earned him the death sentence.

The confident contestant seen by viewers across the USA in 1978 was actually entrenched in a brutal two-year murder spree.

Somehow the 29-year-old, now known as one of the world’s worst serial killers, charmed his way onto The Dating Game, even though he had served a jail sentence for child molestation following the vicious rape of an eight-year-old girl in 1972.

It later emerged that he had photographed dozens of mostly young and female victims in grotesque poses after choking and killing them.

Rodney Alcala smiling on The Dating Game show in 1978
(

With collar-length dark hair and wearing a smart brown suit, the smooth and calm Californian sat alongside two other contestants behind a screen and told bachelorette Cheryl Bradshaw: “We’re gonna have a great time together, Cheryl.”

Alcala proceeded to win her over by answering her series of questions.

With hindsight his suggestive responses come over as distinctly creepy – something Cheryl thankfully picked up on later.

12-year-old Robin Samsoe was killed by Alcala in 1979, the year after his brazen TV appearance
(

She enquired: “What’s your best time?” and Alcala replied: “The best time is at night.

"That’s the only time there is. [Morning and afternoon] are okay, but nighttime is when it really gets good.”

Asked what he would be called if he were a meal he said: “I’m called ‘The Banana’ and I look really good. Peel me.”

Alcala had his arm round Cheryl before they walked off screen to “get to know each other better” and look forward to their prize date taking tennis lessons and a visit to Magic Mountain.

Murder victim Georgia Wixted, killed by Alcala in her Malibu apartment in 1977
(

But Cheryl said that off stage his behaviour became more disturbing and she decided not to go with him.

“I started to feel ill. He was acting really creepy,” she said.

“I turned down his offer. I didn’t want to see him again.”

In a twist of fate, it was that television appearance that eventually nailed Alcala for the murder of Robin Samsoe, according to Rolling Stone .

Cornelia Crilley, left, and Ellen Hoover who were murdered by Rodney Alcala in New York
(

The 12-year-old from Huntington Beach, Orange County was abducted as she cycled to ballet practice in June 1979. Her body was found dumped several days later.

One of the police detectives investigating Robin’s death saw a repeat of that year-old episode of The Dating Game on TV and thought one of the contestants looked similar to a sketch provided by Bridget, a friend of the victim.

The witness was shown a recording of the show and recognised Alcala straight away.

She told a 20/20 special documentary team: “And right when I saw the three contestants, I said ‘That’s him!’ That is him.

"No question. That is the man. And when I heard his voice, without a shadow of a doubt, that is him.”

He was found guilty and sentenced to death in 1980, but the judgment was reversed twice before the death penalty was confirmed in 2010 for the murders of Robin and four other women – Jill Barcomb, Georgia Wixted, Charlotte Lamb and Jill Parenteau – between 1977 and 1979, following damning DNA evidence.

In 2013, Alcala pleaded guilty and was sentenced to 25 years to life for the New York murders of Cornelia Crilley in 1971 and Ellen Hover in 1977.

In 2016 was also charged, but never stood trial for the killing of Christine Ruth Thornton in Wyoming in 1977.

Alcala was still awaiting execution at California State Prison in Corcoran, when he died in July last year aged 77.

Investigators now believe his reign of attacks began in Hollywood as early as 1968 and his tally of victims could be anything between 50 and 130.

Previous : Mum misses out on £3.6m EuroMillions jackpot by changing numbers for one week
Next : Million dollar homes go up in flames as huge brush fire leaves trail of destruction