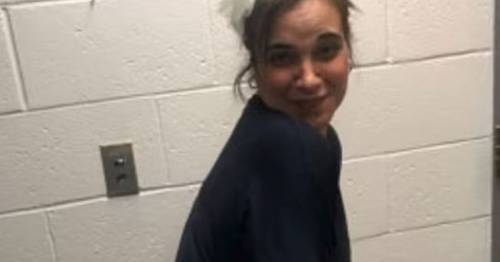 A headteacher is being sued for allegedly showing off sex moves and forcing her secretary to take racy lingerie photos of herself at school to send to her secret lover.

Evelina Medina, former principal of the Robert C. Dodson school in New York, is accused of subjecting staffer Giselle Vasquez to a torrent of sordid "instructions".

The requests went from booking hotel rooms for Medina to rendezvous with her lover to reading sexts and buying lingerie on a lunchbreak for the principal to seduce a man.

The teacher, who is married, was allegedly carrying out an affair with an illicit lover and roped Vasquez into her web of lies.

The secretary was tasked with drafting raunchy texts and snapping her boss in a variety of compromising positions on school property, she claims.

Mum-of-six Vasquez is suing for damages, the Daily Star reports. A federal lawsuit alleges that she was sexually harassed and eventually transferred to another school as punishment. 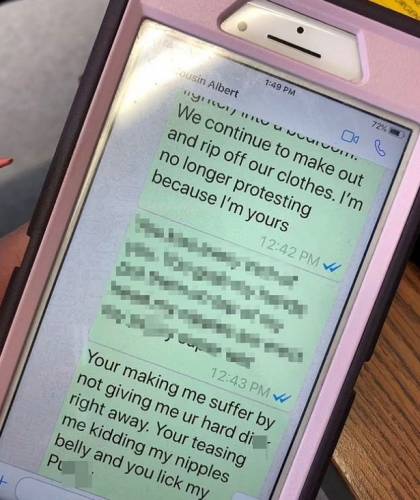 Vasquez says she was left "shocked" after her boss asked her to look at explicit messages
(Image: Gisselle Vasquez)

Among the incidents was one in which Medina, 42, "proceeded to lower her pants to her ankles, turned around and exposed her buttocks in thong underwear and posed," according to court documents.

"She hands me the phone and says 'close the door," Mrs Vasquez told The New York Post.

"When I looked back her pants were already down. "I was shocked. I didn’t know what to think. I really just froze. I worried that if I just left her office there could be a student or employee or anyone there.

Medina is also accused of texting 35-year-old Vasquez, who had only been working at the school for a month, "a photo of a man lying in bed holding his exposed erect penis". 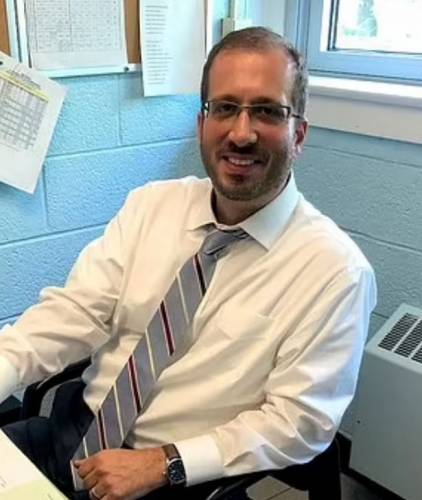 Assistant Principal Christopher Cassano is accused of sexually harassing Vasquez when nothing was done about her allegations
(Image: Yonkers) 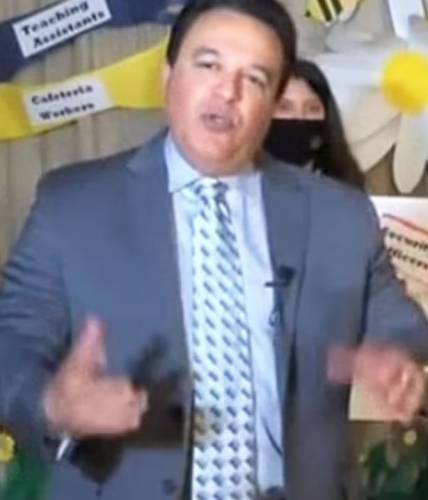 The allegations are claimed to have taken place for nearly two years starting in May 2018.

School superintendent Edwin Quezada refused to help despite being alerted to the incidents, according to court papers.

And once the complaints fell on deaf ears it exposed Vasquez to sexual harassment, she says.

Assistant principal Christopher Cassano also allegedly asked the secretary how many times she says sex and forcibly kissed her multiple times around March 2019.

Medina also "forcibly grabbed (Mrs Vasquez) by the throat to show what she wanted to do with her lover" and showed her explicit snaps of her lover, the lawsuit states.

"On more than one occasion, Medina made comments about her lover’s penis size and how it satisfied her more despite being smaller than her husband’s penis size," court papers say. 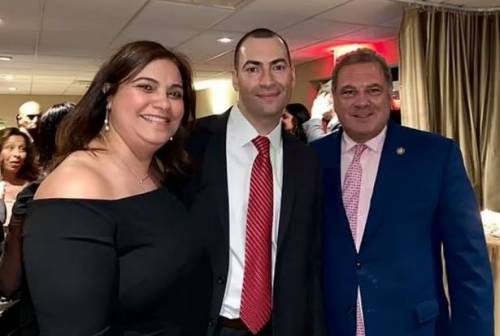 The headteacher was allegedly carrying on an affair and sucked Vasquez into her web of lies
(Image: Gisselle Vasquez)

At the time, Vasquez is said to have alerted two school officials, including a letter to the human resources team, but no action was taken.

And within weeks, she was moved to Chavez Public School and given a different schedule which created childcare difficulties, it is claimed.

"My professionalism exceeds the expectations of that facility," she said.

"To this day I can’t believe that this happened to me. I didn’t see it coming. It’s disturbing. I’m disgusted and embarrassed."

Vasquez is seeking an unspecified amount in damages.