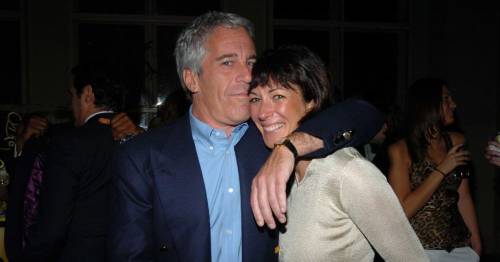 Ghislaine Maxwell is set to be challenged in court over her “little black book” of contacts during her upcoming sex-trafficking trial.

Prosecutors claim the 97-page book with the names of her alleged victims gives “compelling evidence of her guilt”.

Her lawyers have tried to have it barred from the trial, which begins in New York next week.

It has been compared to Jeffrey Epstein’s “black book” listing details of some of the world’s most powerful people, including Donald Trump and Prince Andrew.

Maxwell’s version was allegedly found in her office at the Florida mansion she shared with Epstein. It was taken by a former butler who tried to sell it to an undercover FBI agent in 2009.

The book, labelled Exhibit 52, contains “contact information for victims who interacted with the defendant during the relevant time period”, court papers say. Maxwell’s lawyers have described it as “an unauthenticated hearsay document from suspect sources”.

Maxwell pictured with Jeffrey Epstein, Donald and Melania Trump in 2000
(

Four alleged victims will give evidence with accusations dating from 1994 to 2004.

One of them will disclose the existence of the two new under-age victims.

A Polish-born ex-model who was a personal assistant to Epstein is also expected to testify against Maxwell.

Prosecutors want to include evidence of a staff manual telling workers to “see nothing, hear nothing, say nothing”.

They will argue Maxwell had three “accomplices” – Epstein and two women, whose identities are being protected as it is believed they will give evidence against Maxwell.

Maxwell, 59, denies all the charges.