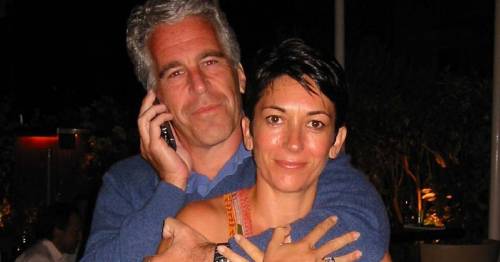 The disgraced British socialite, 60, moaned endlessly about her treatment in a New York jail while awaiting trial on sex trafficking charges.

Ahead of her sentencing next Monday (June 28), Maxwell laid out her life while being held in “pre-detention”, during which she was confined in 9ft by 7ft prison cell – a far cry from the lavish homes she lived in while free.

Now as part of her bid to avoid the maximum 55 year sentence, the Brit has filed a 77-page “sentencing memorandum” to Judge Alison Nathan pleading for mercy.

In it she details claims prison guards subjected her to an ever increasing number of “painful” and “humiliating” strip and body-cavity searches.

Maxwell also charges wardens filmed her in the shower as they recorded her daily routine.

Detailing her arrival at the Brooklyn’s tough Metropolitan Detention Centre, her lawyers state: “When she first arrived in the MDC, she was handcuffed while seated in a chair watching television.

“During the first three months of detention, she was only allowed two 15-minute phone calls per month, further limiting contact with her family.”

It goes on: “Ms Maxwell was denied adequate nutrition.

“She was provided meagre, stale, often rancid and inedible meals in violation of her non-flesh diet and in packaging that melted when heated in a microwave.

“At times she was not provided food for prolonged periods or was given meals missing components.

“She was denied access to basic hygiene items, e.g., soap, toothbrush, toothpaste, and provided only a limited amount of toilet paper.

“For more than a year, she brushed her teeth with an inch-long finger implement until given a normal toothbrush, that was never replaced.”

The Metropolitan Detention Center, (MDC) in Brooklyn, US
(

Maxwell was convicted in December on five counts of sex trafficking and other crimes for recruiting and grooming teenage girls for Jeffrey Epstein.

She was found guilty of recruiting and grooming young girls to be sexually abused by the American financier, who committed suicide in jail while awaiting trial.

If given the maximum sentence possible – 55 years – she would be 115 by the time she was released.

During her time on remand, Maxwell’s attorneys have complained repeatedly about the conditions she has faced.

Her brother, Ian Maxwell, said his sister is being subjected to what he claims is “monstrous” treatment while being held.

“She has a flashlight shone in her cell every 15 minutes during the night. So, she has no sleep of any real quality,” he said.

Her brother, Ian Maxwell, said his sister is being subjected to what he claims is 'monstrous' treatment while being held
(

He claimed she had her life ruined by Epstein, was not part of his criminal enterprise despite what multiple women say, and is taking the blame for it because someone needs to and Epstein is dead.”

“She’s a patsy for Jeffrey Epstein who they lost on their watch and they are taking it out on my sister and dammit, that’s wrong.

“She is not Epstein. Epstein was guilty. He did time. And he was gonna do a hell of a lot more time. But she is not him.

“And I don’t know how many times I have to say it. She deserves to be treated as Ghislaine, presumed innocent, get on with the defence, tell us what you’ve gotta tell us, put it up, and then let the jury decide.”

As the Mirror revealed last week Maxwell is arguing she should serve less than three years for her sex crimes.

US sentencing guidelines recommend she be sentenced to a maximum of 30 years and five months while the probation service recommends 20 years.

But Maxwell wants that reduced to between “51 to 63 months”, and she is entitled to 22 months off for detention served before the trial.

A source told the Mirror: “By anyone’s thinking if Maxwell’s treatment in jail was, as her lawyers described, brutal.

“Many believe it was so tough because they allowed Epstein to die in jail as he awaited trial.

“They were punishing Maxwell because of their own f*** up.”

Previous : Love Island’s Tasha pictured with a baby bump before finding fame in the villa
Next : UK weather forecast: Experts predict FOUR heatwaves this summer with 28C in days