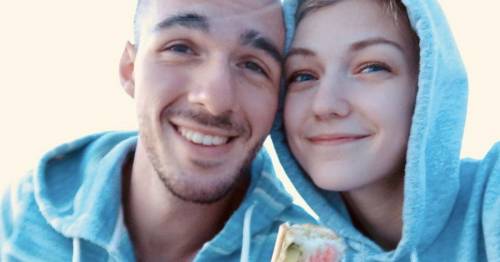 Brian Laundrie, the partner of murdered influencer Gabby Petito, shot himself before his remains were partially eaten by alligators, according to medical examiners.

Laundrie's body was discovered at the Myakkahatchee Creek Environmental Park in Florida on October 20.

The 23-year-old disappeared after returning from a cross-country road trip without his partner Miss Petito, 22, and was the lone suspect in her death.

Her body, meanwhile, was found in a remote area in Wyoming on September 19, and a post-mortem confirmed she had been strangled.

The FBI launched a manhunt for Laundrie, who was named as the prime suspect in Miss Petito's death.

Laundrie's body was found in October
(

A backpack and notepad belonging to Laundrie was found near his body and although the corpse had been scavenged by alligators and wild pigs, an examination of dental records proved conclusively that it was him, the Daily Star reported.

The Laundrie family’s attorney Steve Bertolino said in a statement to E! News: "Chris and Roberta Laundrie have been informed that the cause of death was a gunshot wound to the head and the manner of death was suicide.

"Chris and Roberta are still mourning the loss of their son and are hopeful that these findings bring closure to both families."

Miss Petito and Laundrie embarked on their trip in early July from New York's Long Island, where her parents live.

As they travelled through Kansas, Colorado, Utah and points west, Miss Petito documented their "van life" on social media.

She posted her final photo to Instagram on August 25, the same day she last spoke to her mum by phone.

They were seen quarrelling in August, with police in Utah releasing a video showing Miss Petito tearfully describing a dispute she had had with Laundrie.

He was later named a person of interest in her disappearance, and on September 23 a federal grand jury in Wyoming indicted him on a charge of fraudulently using her bank debit card.