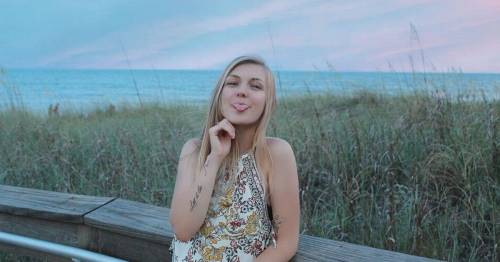 Police fear "something very bad" may have happened to an Instagram adventurer who disappeared while travelling cross-country in a van with her fiancé.

Gabby Petito, 22, who was riding across the US with Brian Laundrie, 23, has not been heard from or seen since late August, her family said.

They reported her missing on September 11 – after 13 days without contact – sparking a probe involving police forces across the country, including the FBI.

Mr Laundrie and Ms Petito had been making videos about their trip, which were uploaded online.

The young couple – said to have been in or heading to Wyoming, from Utah – were riding in a white 2012 Ford Transit van which has since been recovered.

Gabby and Brian were travelling across the US together
(

According to reports, Mr Laundrie has now enlisted the services of a lawyer and neither he nor his family are willing to speak to detectives after he returned home to Florida.

North Port Police Department – based in the Sunshine State – said in a media release that they believed Ms Petito's disappearance to be "odd", but were still unsure of foul play.

Force spokesman Josh Taylor told The Independent : "We don't even have any evidence that a crime has been committed, other than concern and things not adding up that would leave you to potentially assume that.

"It's possible that something very bad has happened here, she hasn't been seen for weeks and now he's back here with the vehicle and we've been told to speak to the family attorney."

Mr Taylor also told MailOnline : "We have not talked with [Mr Laundrie], we would love to talk to him. He is under no obligation to talk to us – and he has not."

Suffolk County Police Department in New York – where Ms Petito is from – are involved in the search and put out the initial appeal for information.

Officers described the missing woman as "white, approximately 5 feet 5 inches tall and 110 pounds" with "blonde hair and blue eyes, and several tattoos, including one on her finger and one on her forearm that reads 'let it be'."

Ms Petito's parents have spoken out about their ordeal in the last few days, with her dad Joseph saying he would do "anything" to find his daughter.

He told WPTV : "Pride isn't an issue right now. My only daughter is missing.

Mr Petito said his daughter and Mr Laundrie drove from Florida to New York to start their journey, before travelling across the country with a final destination of Oregon.

Ms Petito's mum Nicole Schmidt said in a press conference on September 13 that her daughter kept in regular contact – and she had last spoken to her more than two weeks before.

Sign up for our daily newsletter to keep up to date with all the essential information and changes at www.mirror.co.uk/email .