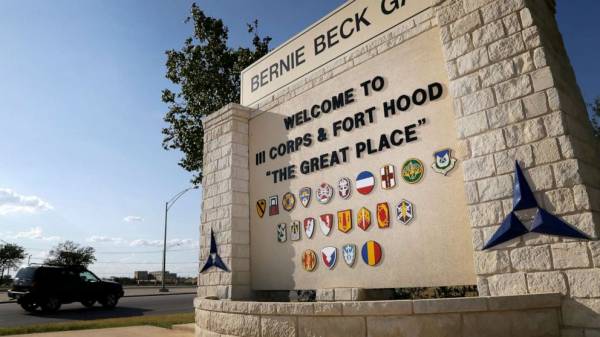 A Fort Hood soldier assigned to the 1st Cavalry Division was found dead Saturday behind his barracks over the weekend, according to military officials.

Officials have not released the victim’s ID or the cause of death.

“More details will be released once all next of kin have been notified. The incident is under investigation,” Fort Hood officials said in a press release.

Fort Hood officials did not immediately respond to ABC News’ request for comment.

There have been multiple incidents at the Texas base this year.

Last week, there were concerns for Pfc. Jennifer Sewell, who was believed to be missing after she failed to report for duty on Oct. 7. Fort Hood officials said in an update Sunday that “Sewell’s family confirmed she is safe and with extended family.” She returned to the base Monday.

Fort Hood is the same Army base where Vanessa Guillen was murdered in April 2020, in a case that engrossed the nation.

Guillen, 20, was bludgeoned to death with a hammer in an arms room on April 22, 2020, authorities said. She was missing for months until some of her remains were found buried along the Leon River in June 2020.

Her suspected killer was fellow soldier Spc. Aaron Robinson, who took his own life when confronted by police after her remains were discovered, authorities said at the time.

Her death cast a harsh spotlight on the base and its culture, particularly for its handling of sexual assault and harassment, as she told her family that she had been harassed at the base. A long-awaited U.S. Army investigation released in April determined she had been sexually harassed by a supervisor, but the incidents of harassment were not related to her murder.

In December 2020, the Army announced 14 senior leaders and enlisted personnel at Fort Hood were fired or suspended following an independent panel’s review of the command climate and culture at the base.

Last week, the base unveiled the People First Center, a training center for support and resources for victims of sexual assault or those experiencing suicidal thoughts.