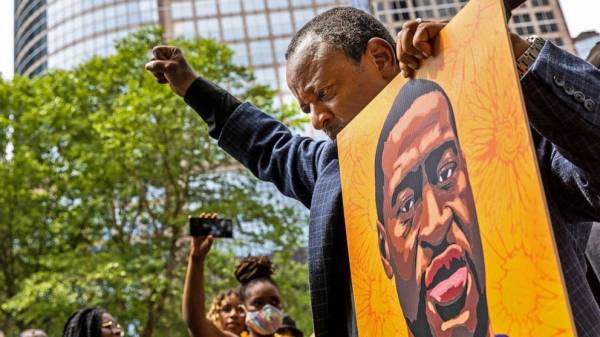 Derek Chauvin, Thomas Lane, J. Alexander Kueng and Tou Thao have been charged with violating Floyd’s constitutional rights in ways that “resulted in bodily injury to, and the death of, George Floyd,” according to the federal grand jury indictment.

The hearing may address some of the pretrial motions, including requests from Lane, Kueng and Thao asking to separate their cases from Chauvin’s. Chauvin was convicted in Floyd’s murder in April 2021 and his fellow ex-officers argue that they would not get a fair trial if connected to Chauvin.

Floyd was killed in May 2020 when he was placed under arrest on the suspicion that he was using a counterfeit $20 bill to buy cigarettes at a convenience store.

Chauvin was found guilty of second-degree unintentional murder, third-degree murder and second-degree manslaughter for pressing his knee against Floyd’s neck for more than nine minutes. He was sentenced to 22 and-a-half-years in prison.

The federal indictment accuses Chauvin, Thao, Kueng and Lane of depriving Floyd of his rights when they witnessed him “in clear need” of medical care but instead “willfully failed to aid Floyd.”

Thao and Kueng are charged with violating Floyd’s right to be free from unreasonable seizure. All four officers are also charged with depriving Floyd of his rights when they failed to provide him with medical care. The officers acted “with deliberate indifference to a substantial risk of harm,” the indictment said.

While Chauvin kneeled on Floyd’s neck at times during the arrest, Kueng kneeled on his back and Lane held down Floyd’s legs, according to evidence presented in state court. Thao blocked bystanders from getting involved.

The indictment also accuses Chauvin of violating Floyd’s right to be free from unreasonable seizure or force by a law enforcement officer.

Following Chauvin’s murder conviction, Attorney General Merrick Garland announced that the Justice Department has opened a pattern or practice investigation into the City of Minneapolis. The Minneapolis Police Department said it would investigate unconstitutional or unlawful policing in the city.