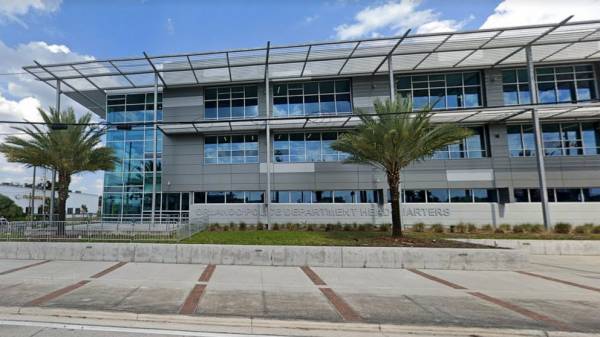 The Orlando Police Department created a new unit in 2021 that sends behavioral health experts instead of law enforcement officers to respond to 911 calls for mental health crises.

It’s in an effort — one of a number around the country — to avoid confrontations with law enforcement responding to non-violent calls and potentially avoidable fatal police shootings. More than 20% of people fatally shot by police since 2015 had mental illness, according to the Washington Post’s “Fatal Force” database.

Initiatives like these to address community concerns about policing have been ongoing for years but picked up renewed momentum in the wake of the murder of George Floyd and the nationwide protests that followed.

Fatal police shootings have been a stubborn and increasingly visible flash point for tensions between communities and police, and the racial dynamics that underpin them, thanks in part to a proliferation of bystander video and police body camera footage.

But experts say there are some glimmers of hope — early indications that a shift may be taking place.

With greater attention being paid to police-community relations, de-escalation training and diversity in the ranks, there were 888 fatal police shootings nationwide in 2021 — down 133 from 1,021 in 2020, according to data from the Washington Post’s database.

There is no comprehensive nationwide database of police use of force, though the FBI has been attempting to build one for years, so it is difficult to get an overall sense of how often police use their weapons.

Instead, private organizations have led the charge in compiling a more complete set of data.

The Washington Post, as well as Mapping Police Violence and the Gun Violence Archive, track and verify police-involved shooting deaths based on a collection of news accounts, social media postings and police reports.

Mapping Police Violence also reports a small decrease in the number of shooting deaths attributed to police, but says the 2021 fatal shooting totals are “similar” to those of years past.

Lowest numbers in 6 years for some states

There is notable variation, however, in the number of fatal police shootings on a state level where many states experienced a drop, according to the Washington Post database.

From 2020 to 2021, Florida saw the largest numeric drop in deadly police shootings, from 93 to 44, followed by decreases in California and Washington, according to the Washington Post data.

Some experts caution that a one-year decline doesn’t tell us very much and a decline in the number of police interactions may be a factor (arrests, for instance, declined dramatically from 2019 to 2020, the most recent year for which FBI data is available.)

Police violence has been on the rise since the 1980s, according to University of Washington research that has been published in the Lancet. The research compiled independent and federal data in an attempt to get a full picture of police killings in the U.S.

However, other police reform experts interviewed by ABC News are cautiously optimistic about a potential inflection point in police use of force.

They say the call for accountability from protesters and leaders may be behind this apparent change, including what could be an increased conscientiousness on the part of officers in what otherwise may have become deadly altercations.

Phelan M. Ebenhack via AP, FILEPolice officers follow participants of the March for Abortion Access, on Oct. 2, 2021, in Orlando, Fla.

“We’ve seen the power of protesting in reshaping the public consciousness,” said Howard Henderson, the director of the Center for Justice Research at Texas Southern University. “We’ve been able to see the role of protesting and making sure that the policymakers recognize the concerns of the constituents.”

In Orlando, where the department has been working to change community policing, there were five fatal police shootings in 2020. In 2021, there was one. The numbers, though small, are significant, the department says, in highlighting the impact of efforts made to address community criticisms of police and reduce violence.

“The Orlando Police Department is dedicated to protecting our residents, visitors, and businesses,” an OPD spokesperson said in a statement about the drop in fatal police shootings and the efforts to improve policing. OPD has averaged 3.3 fatal shootings a year since 2015, the data shows.

“We are fully committed to listening to our community’s concerns and to engaging in conversations that will yield a path to positive and long-lasting relationships with our community members,” the statement read.

OPD’s Community Response Team launched in March 2021, but it has already answered 827 calls, assisted 815 people, and helped more than 300 of them access mental health treatment, according to Capt. Lovetta Quinn-Henry, who oversees the program.

“I’m just super proud that our agency has taken the first step to be one of the leading agencies to look at an alternative response to police for individuals in a mental health crisis,” Quinn-Henry said.

With these calls, she says responders focus on de-escalating situations, helping people in distress and connecting them with their needed treatment, support and resources.

This effort has reduced referrals to the criminal justice system for distressed individuals, decreased potential for violent interactions and lessens the burden of work on law enforcement officers, Quinn-Henry said.

Some of the seemingly minor mental health-related calls that this team responds to have the potential to escalate into police shootings when law enforcement is involved.

“We really weren’t servicing the individual [before],” Quinn-Henry added. “Having this alternative response gives us a little bit more opportunity to connect them to services. So, now the officers aren’t having those repeat calls. And we get them at the initial crisis level and prevent them from getting to that very acute aggressive level.”

This idea isn’t completely new: This kind of model has effectively been implemented in Oregon, Colorado, Washington and more.

Another initiative replicated across the country is OPD’s citizen review board.

Orlando, like many other cities, established a citizen review board — an independent citizen-run oversight committee — about 10 years ago, to address concerns with local policing.

But board member Tom Keen said that after Floyd’s death and the movement against police use-of-force that followed, CRB meetings went from having just a few participants to having dozens. Community engagement increased dramatically, Keen said, offering citizens and police more insight into civilian relations with the police.

“We can’t take our eye off the ball,” Keen said. “We have to stay focused on making sure that our police department is well-trained and that they are serving the community and that’s one of the jobs of the board.”

Some community members have said they wish the board had more say in the investigative and punitive efforts in cases of abuse of power and use of force, but for now, Keen said, the board has been a valuable venue for citizens to speak directly with law enforcement to voice and plan a way to address concerns.

“We’re one of many voices for change and we’ve been fortunate that we’ve had very good leadership with both the mayor and with our current police chief,” Keen said.

OPD is also implementing a Response to Resistance policy that outlines a new use-of-force framework that is intended to mitigate the potential for excessive force. A recent independent review of the department by the police accountability research organization The Bowman Group is helping the agency fix its “very weak policy system,” according to OPD.

The power of protest

Millions have taken to the streets around the world since Floyd’s murder by former Minneapolis Police Officer Derek Chauvin.

“I think people are conscientious over what looks like a disconnect between the police and, particularly, communities of color,” said James E. Wright II, an assistant professor at Florida State University.

ABC News contributor and former NYPD Chief of Detectives Robert Boyce said that the protests are likely to have had a large impact on how officers engage with and police communities.

“What happens across the country, due to the 24-hour news cycle, affects everywhere in the country,” Boyce said in an interview. “If we had strong federal leadership on this, we would be able to have national standards in law enforcement where you wouldn’t have these [abuse of force] behaviors.”

Local leaders have also started to answer the demands of the public in several ways, according to Henderson.

Since Floyd’s death in May 2020, at least 3,428 state bills or executive actions on policing have been introduced, according to the National Conference of State Legislatures, which tracks state-based law enforcement legislation.

There has also been a rise in protocol changes that reduce the potential for confrontation or incarceration, like ending the enforcement of minor traffic violations or decriminalizing marijuana.

And there has also been a push to implement alternative policing units, civilian review boards, and beef up use-of-force and de-escalation training.

However, some researchers say a single-year push for reform and a drop in shootings isn’t enough to signal progress. Experts say the real test of how much impact these new tools are having remains to be seen in the years to come.

“Research shows that since 1980, 17,000 killings by police have gone uncounted,” Henderson said, citing the University of Washington report. “In order to adequately deal with it, you’ve got to know the extent to which it exists.”

Secondly, he emphasized decreasing unnecessary interactions between the police and the community.

“There’s just way too much interaction that we don’t necessarily need to have being responded to by police officers,” he said.

Lastly, Henderson also said the “qualified immunity” of police officers may also be a sticking point in the path against reducing police use-of-force. Qualified immunity means that officers are protected from many civil lawsuits for their conduct while on duty if it “does not violate clearly established statutory or constitutional rights of which a reasonable person would have known,” according to the FBI.

The recent efforts and the progress being made can’t be ignored though, Wright said.

“Moving forward, [the trend] will hold up if people continue to put political pressure on their local officials as well as their local leaders to hold not just police officers, but public servants, accountable,” Wright said.