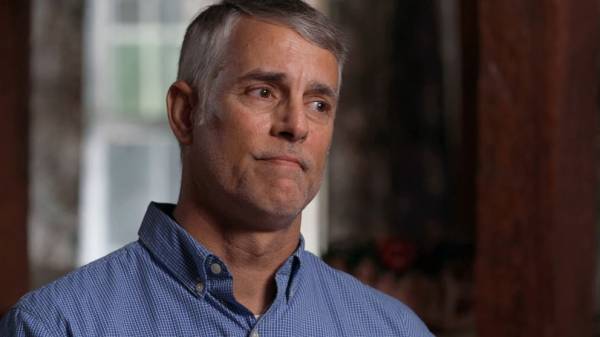 Last summer, South Carolina was rocked when two members of a prominent legal family, 52-year-old Maggie Murdaugh and her 22-year-old son Paul Murdaugh, were shot and killed on their rural property.

The news made national headlines, but people in the Palmetto state had been hearing about the Murdaughs for years, after Paul Murdaugh had found himself in legal trouble after one night in February 2019.

What began as a normal Saturday night for six teenagers, ended with the death of 19-year-old Mallory Beach and marked the beginning of an unraveling of a powerful legal family dynasty.

“When she left that night, when I spoke to her before they went out, I knew she was happy,” said Mallory Beach’s father Philip Beach.

Paul Murdaugh was charged with boating under the influence, which resulted in Beach’s death. But the investigation into the boat crash led to questions about whether the Murdaugh family’s ties to law enforcement and the legal system had an effect on how the investigation played out.

On the boat that night with Paul Murdaugh, was his girlfriend Morgan Doughty, along with Connor Cook, Miley Altman, Anthony Cook and Mallory Beach.

“These are kids who grew up together. They played together as kids, they hunted and fished together, at least the males in the group. And they went out on boats all the time for fun,” said Connor Cook’s attorney Joe McCullough.

Paul Murdaugh was the son of prominent attorney Alex Murdaugh and came from three generations of elected prosecutors in Hampton County.

“Having command of that office gives you the opportunity to be known in the community. You’re the person that the community looks to keep you safe, to prosecute the people who do wrong. And so it is a powerful position,” said McCullough.

Prior to leaving on the boat, 19-year-old Paul Murdaugh was seen on surveillance video using his older brother’s I.D. at a local gas station to buy alcohol.

According to depositions, after spending about five hours at the oyster roast, the group made their way back to the boat. Video footage later captured them stopping in downtown Beaufort. Several of the teens testified that Paul Murdaugh insisted on going to a bar in town to get a shot.

After consuming two shots at the bar, Paul Murdaugh and Connor Cook rejoined their friends on the dock and boarded the boat for home, according to testimony. Over the course of the night Paul Murdaugh had reportedly become more and more intoxicated and belligerent.

“I could tell he was drunk because he gets drunk a lot and he just is a whole other person when he’s drunk,” Miley Altman told law enforcement in a recorded interview.

According to depositions, Paul became increasingly agitated and at one point even got into an altercation with his then-girlfriend.

When Paul Murdaugh would go to the front of the boat to fight with his girlfriend, the boat would drop to neutral and idle, and that Cook would grab the wheel to guide the boat, according to Cook’s attorney.

“That is the extent of Connor’s operation of the boat,” said McCulloch.

After Paul Murdaugh’s altercation with his girlfriend he returned to the wheel and accelerated the boat, according to deposition from the other teens onboard.

“I saw the bridge coming, and I was just in shock and then like at the last second, I screamed,” Altman told law enforcement.

Records indicated that the boat hit the front of the bridge and then hit a pylon before beaching itself on shore.

Beaufort Country Sheriffs OfficeThe pylons under the bridge the boat hit on Feb. 23, 2019.

“Technically, the Department of Natural Resources, which is our wildlife law enforcement agency, has jurisdiction,” said McCullough. “But I think that there were ample law enforcement authorities there to begin an investigation to determine who was driving and how this accident occurred.”

Beaufort County Sheriffs OfficeA photo of the wrecked boat from the night of Feb. 23, 2019.

Police dashboard cameras captured conversations between law enforcement and some of the distraught teenagers. In one exchange you can hear Anthony Cook, Mallory Beach’s boyfriend, screaming at Paul Murdaugh after, he says, he notices Paul smiling.

In another exchange caught on police dashcam, you can hear law enforcement officers discussing Paul Murdaugh’s cellphone. According to the recordings, the two adults had found a cellphone they thought belonged to Paul Murdaugh.

However, there is no record in the investigative file of Paul Murdaugh’s cellphone being collected that night.

“There is an unusual amount of evidence that seems to be unaccounted for. Paul Murdaugh’s clothing, his pants, his cell phone, his wallet, that these are things not accounted for,” said McCullough.

A Beaufort County Sheriff’s officer would later testify that he saw the cellphone but didn’t collect it because he thought the investigation would ultimately be turned over to the Department of Natural Resources. He said he thought his agency was only assisting.

A deposition from an officer with the Department of Natural Resources on the scene indicated that he never saw Paul Murdaugh’s cell phone, his clothes, or his wallet.

“20/20” reached out to the Department of Natural Resources and the Beaufort County Sheriff’s Office with questions about the handling of the investigation, but both agencies declined to comment.

In the hours after the crash Mallory Beach’s parents also arrived at the scene.

“I just kept praying that they would see her on a sand bar or somewhere that just couldn’t get to us but she was safe,” said Mallory Beach’s mother, Renee Beach.

Anthony Cook remained at the scene that night, refusing to leave without his girlfriend. The four remaining teenagers were sent to the hospital to be treated for injuries. Investigators from the Department of Natural Resources arrived at the hospital to interview the teens about what happened.

According to a Department of Natural Resources officer’s report, while the officer was in Paul Murdaugh’s room trying to talk to him, his father, attorney Alex Murdaugh, and his grandfather, former Solicitor for the 14th Judicial Circuit in South Carolina, Randolph Murdaugh, arrived. The report indicates the interview was promptly stopped.

Court records allege that Alex Murdaugh went to each teenager’s hospital room and instructed them to remain quiet when questioned by investigators.

Connor Cook later testified that Alex Murdaugh stopped him while he was in a wheelchair headed to have a fractured jaw examined, and told him he ”didn’t need to tell anyone who was driving” the boat.

“That night, I’m worried about finding my child and they’re worried about how they’re going to cover up Paul driving,” said Renee Beach.

ABCMiley Altman pictured in a recorded interview with law enforcement.

In a legal filing, Alex Murdaugh has denied telling Connor Cook not to cooperate with law enforcement. “20/20” reached out to Alex Murdaugh’s team about allegations that he tried to interfere with the crash investigation, but he declined to comment.

It was recently announced that the South Carolina State Law Enforcement division has launched a criminal probe into whether Alex Murdaugh obstructed justice in the boat crash investigation.

Mallory Beach’s body was found a week after the crash by two fishermen about five miles from the site.

“I prayed every day,” said Philip Beach. “I wanted some closure and we prayed for that closure for seven days. The eighth day was a Sunday. We went to church.”

After church, the Beach family said that they headed to the landing near the site of the crash. They said they saw cars pulled up and a man with a shirt that said “coroner” on it approach them.

Although, any hope of finding their daughter alive vanished – the Beach’s said they were grateful for the closure.

“I know there’s so many times that people go missing and they never find the body, but it was like a closure for that,” said Renee Beach.

Within weeks of the boat crash, Mallory Beach’s mother filed a civil lawsuit against the convenience store where Paul Murdaugh purchased the alcohol and against Paul Murdaugh’s father, Alex Murdaugh, who owned the boat, and his older brother, Buster Murdaugh, whose I.D. Paul Murdaugh used.

“What motivated me was getting evidence of everything before it disappeared. I knew who we were up against and how things would probably disappear if we didn’t act quickly,” said Renee Beach.

In the response to the lawsuit, the convenience store denies that it “knowingly and willfully sold alcohol to a minor.”

The Murdaugh’s attorneys deny all wrongdoing alleged in the suit. They deny that Paul Murdaugh’s older brother knowingly gave him his I.D. to buy alcohol.

Nearly two months after the crash, Paul Murdaugh was charged with multiple felonies, including boating under the influence resulting in the death of Mallory Beach. The charges were filed on April 18, 2019 – which is what would have been Mallory Beach’s 20th birthday. If convicted, he was facing up to 25 years in prison. He had pleaded not guilty to all charges.

“I was pleased that finally it was starting to move forward,” said Philip Beach.”Her life meant something. For us, she was our baby. We had to defend her honor. I want the world to know that she mattered. And if there’s not consequences for doing this, then it’s going to happen again.”

Paul Murdaugh was released on his own recognizance and for nearly two years, his case dragged on as he awaited trial.

Then in June of 2021, Paul Murdaugh and his mother Maggie Murdaugh were found fatally shot outside their family home.

After many twists and turns in the investigation, multiple allegations have arisen against Alex Murdaugh, including accusations of misappropriation of money that was intended to go to his clients, an alleged assisted-suicide attempt and an alleged $10 million insurance fraud scheme, according to police. He also confessed to a long battle with opioid addiction.

Alex Murdaugh is now facing nearly 50 charges, including breach of trust, forgery and money laundering. Murdaugh has yet to enter a plea to these charges. He is being held in jail on a $7 million bond. Alex Murduagh has pleaded the fifth in response to a civil lawsuit filed by his former legal firm regarding the allegations of misappropriation of money.

The murders of Paul Murdaugh and Maggie Murdaugh still remain a mystery.

For now, the Beaches say they are still searching for justice.

“We’ve heard that statement, that ‘You finally got justice.’ This is not justice for us,” said Philip Beach. “These people were brutally murdered and he did not deserve it. Neither did his mama.”

Previous : Ashling Murphy: Vigils held for ‘angel’ teacher murdered while out on her run – World News
Next : Bird flu ‘patient zero’ banned from keeping ducks for a year leaving him ‘distraught’