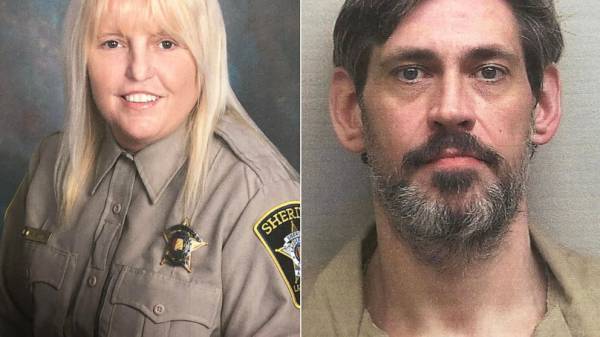 Escaped murder suspect may be ‘extremely violent’ without medication: Sheriff

The sheriff did not provide details as to what the medication is or what Casey White’s being treated for, but said the concern is due to the escapee likely not having the medication with him.

Casey White was facing two counts of capital murder for allegedly stabbing a woman to death in 2015, according to the U.S. Marshals Service.

Singleton said that Vicky White was seen shopping for men’s clothes at a Kohl’s before the pair went missing.

Authorities said they believe Vicky White willingly participated in the escape, which took place on her last day before retirement.

The duo fled Alabama in a Ford Edge and ditched the car in Williamson County, Tennessee — about a two-hour drive north of Florence — just hours after the jail break.

They may be armed with weapons including an AR-15 rifle and a shotgun, the U.S. Marshals Service said.

A warrant was issued for Vicky White charging her with permitting or facilitating escape.

Previous : Enormous 1,000lbs shark which is 12ft in length spotted swimming off shores
Next : Man sets his home on fire after burning wood for heat due to energy costs