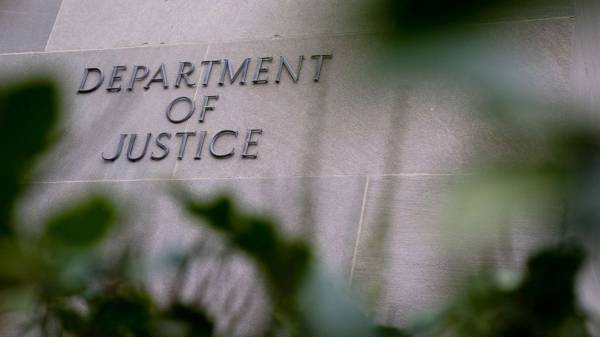 The arrests of more than a dozen purported mobsters Tuesday in New York and New Jersey show “the underbelly of the crime families in New York City is alive and well,” according to the FBI.

Colombo crime family boss Andrew “Mush” Russo, underboss Benji Castellazzo and consigliere Ralph DiMatteo were among 14 purported mobsters charged Tuesday with labor racketeering, extortion and money laundering. Ten members of the Colombo crime family and one member of the Bonanno crime family were arrested, according to the U.S. Department of Justice.

Most of the alleged mobsters were arrested in New York and New Jersey on Tuesday, while Colombo captain Vincent Ricciardo was arrested in North Carolina. DiMatteo, 66, remains at large.

Russo and Castellazzo are allegedly long-time members of the family, at 87 and 83 years old, respectively.

The charges describe what federal prosecutors in Brooklyn called “a long-standing, ruthless pattern” of exerting control over a labor union by threatening to harm its leaders unless they selected vendors for contracts who were on the take.

The defendants also tried to force the union and its affiliated health care fund to divert more than $10,000 per month to the Colombo family, prosecutors said.

The indictment quoted Ricciardo threatening to kill someone labeled John Doe #1 if he did not comply.

Ricciardo and his cousin had allegedly been collecting part of John Doe’s salary since 2001 before broadening extortion efforts in 2019, according to the DOJ.

The 75-year-old Ricciardo, known as Vinny Unions, is already a convicted felon and was shot in the back in November 1992 when masked men ambushed a car he was riding in on the way to a wake, according to The New York Times. One of the other people in the car was killed, and another survived after being shot eight times.

“Everything we allege in this investigation proves history does indeed repeat itself. The underbelly of the crime families in New York City is alive and well. These soldiers, consiglieres, under bosses, and bosses are obviously not students of history, and don’t seem to comprehend that we’re going to catch them,” FBI Assistant Director Michael Driscoll said in a statement.

One of those arrested, Teddy Persico Jr., was on federal supervised release from a previous racketeering conviction, authorities said.

Also arrested was purported Bonanno organized crime family soldier John Ragano, who allegedly falsified paperwork at safety training schools saying workers had completed Occupational Safety and Health Administration classes when they had not. Ragano’s schools were actually fronts for meetings of the La Cosa Nostra crime family and used to store illegal drugs and fireworks, according to the indictment.

Ragano, 59, was allegedly known by the nickname “Maniac.”

The defendants could each face up to 20 years in jail, according to the DOJ.

Previous : Keir Starmer pays emotional tribute to toolmaker dad as he pledges £10 minimum wage
Next : Dying man, 103, given no food in hospital for two days after nurse ‘misread notes’