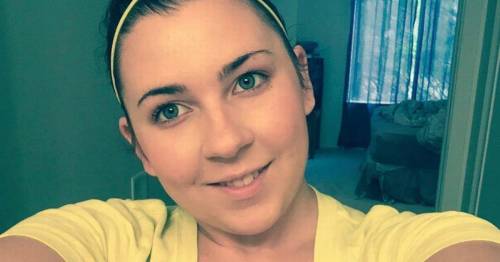 A woman spent over £23,000 on cosmetic surgery to get more swipes on Tinder, and now she earns over £1million a year creating adult movies.

Amanda Martin underwent a number of serious cosmetic surgeries after she and her husband decided to get divorced.

The 26-year-old from Las Vegas hired a personal trained and lost five stone before she decided to spend tens of thousands of pounds to change her appearance.

She had a boob job to turn has “flat as pancake” breasts to 32DDDs before she then had fillers, far transfer, liposuction procedures and butt implants.

She said: "My marriage ended, so I bought some boobies and I hired a personal trainer” and added she “wanted my Tinder to be popping”.

Amanda before her surgeries
(

Amanda after her surgeries
(

From there she began sharing more and more raunchy snaps on her Instagram, showing off her £23,000 figure with the intention of getting “laid”.

She now has 4.3million followers on the popular social media platform and has pivoted to the subscription-based OnlyFans platform.

Sharing her raunchy content and adult movies on OnlyFans and through advertising payments in Instagram she earns an eye-watering £1,164, 121 a year.

She shoots with her current boyfriend, 30-year-old John, but in the past had men break up with her because of the content she posts online.

"With my newfound confidence, I started to get more into social media and wanted my Tinder to be poppin'. I became an Instagram thot before it was a normal common thing. I was just a chick trying to get laid.

She now creates adult movies and shares them online
(

"Eventually my Instagram account and modelling career blossomed. I reinvested all my money in growing my brand and social media accounts – shooting all over the United States.

“This was before the time of OnlyFans. I received so much judgement for my Instagram because at the time no one really understood what I was doing. I knew I could turn this into a career.

"Guys were embarrassed to date me. My online persona has always been kind of loud and raunchy. I used my social media to entertain people but closed-minded guys just think you're a thot looking for attention. I almost look at my overly sexual persona to be comedy to me – either way my audience loves it.

"I have millions of adoring fans now. No one says much nowadays other than that they are a 'fan.' I'm pretty sure taken or single men wouldn't really say much to me because I'm kind of intimidating.

She spent the money at first to get "laid"
(

Thanks to her hard work, Amanda now lives a life of luxury but despite it all she insists that beauty is not defined by the outside appearance.

"I feel so proud. I literally made a brand and a business just off being myself and entertaining people on social media," she said.

"I took so many gambles and I invested so much into being successful in this industry and now it has all paid off.

"Beauty radiates from within. There are millions of girls out there with good looks and amazing surgeries but what makes you stand out is your inner beauty and personality so don't forget to show those off too."

Previous : Tesla loses control and flies through side of building – narrowly missing kids inside
Next : Real-life Rapunzel, 37, has hair longer than her body – and she has NEVER cut it – World News