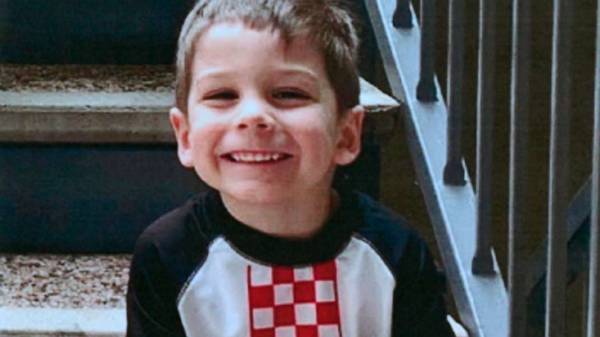 The death of Elijah Lewis, the 5-year-old boy from New Hampshire who went missing before being found dead in Massachusetts last month, has been ruled a homicide, authorities said Monday.

The Office of the Chief Medical Examiner in Massachusetts conducted the autopsy.

Lewis’ body was found late last month, after “credible information” led investigators to a wooded area near Boston, the local district attorney said at the time. There, a cadaver dog found Lewis’ remains “buried in the ground.”

Two people — Lewis’ mother, Danielle Dauphinais, 35, and her boyfriend, Joseph Staph, 30 — remain held without bail on charges of witness tampering and child endangerment, which were brought against them last month after they were arrested in New York City.

New Hampshire Attorney General’s OfficeDanielle Dauphinais, seen in a photo from January 2020, and Joseph Stapf, seen in an undated photo, were arrested on Oct. 17 in connection with the disappearance of Dauphinais’ son, Elijah Lewis.

Both allegedly asked other people to lie about where the 5-year-old was living, “knowing that child protection service workers were searching for Elijah,” the New Hampshire Attorney General’s Office said.

“The endangerment charge alleges that they violated a duty of care, protection or support for Elijah,” the office said.

The two pleaded not guilty to both charges in a New Hampshire court.

The Merrimack Police Department began investigating Lewis’ disappearance on Oct. 14, after the Rhode Island Department of Children, Youth, and Families reported to police that his whereabouts were unknown, according to the state’s attorney general’s office. The child welfare agency’s involvement with the boy is unclear.

The search for Lewis involved multiple New Hampshire and Massachusetts state and county agencies, as well as the FBI.