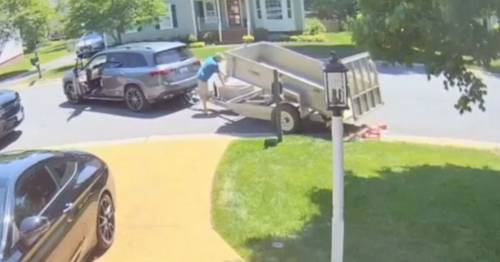 A teenager has turned a negative situation around – after her dad gave his final child support payment of $800 (€570) in pennies.

Avery Sanford and her mum were gobsmacked by the pile of 80,000 coins dumped outside their house in Virginia, US.

CCTV footage captured the moment, which Avery says was also witnessed by her mum, who confronted her dad.

The 18-year-old says she was hurt when she found out about the incident.

In a phone call with WTVR, Avery's father – who has not been named – said his actions were the result of "18 years of built-up frustration" but he did not want "to put a further wedge between him and his daughter." 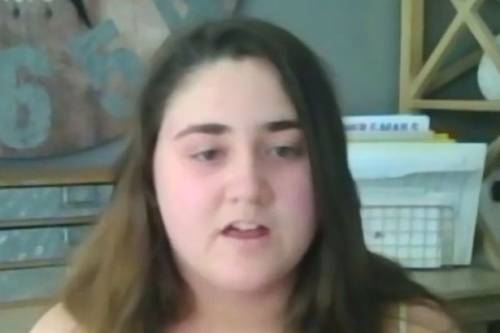 Avery and her mum donated the cash to charity – and inspired hundreds of donations from others
(Image: wtvr.com)

Avery told local station WTVR that they decided to use the money to make a positive impact in the lives of others, following the upsetting incident.

"It's not just my mom he's trying to embarrass, it's also me and my sister and it's upsetting that he didn't consider that before he did that," Avery said.

The teenager said she hadn't spoken to her dad in years, and the money was dumped on the lawn on May 21 after she turned 18 years old.

"When I was in the middle of class, my dad came by. He had rented a trailer," she told the outlet. 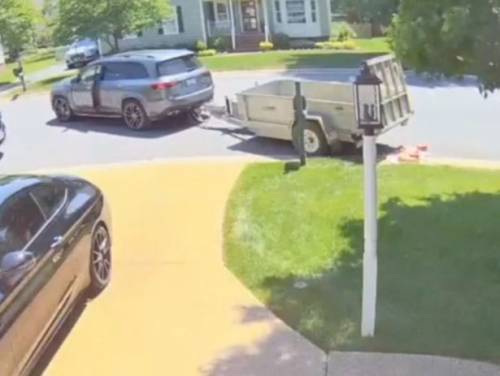 The dad says he let his emotions get the better of him
(Image: wtvr.com)

"He pulled up in front of the house and turned the trailer on so it dumped out all the pennies on the grass and my mom came out and was like, 'What are you dumping in my yard?'

"She didn't know who it was until he shouted, 'It's your final child support payment."

Despite being hurt by the dad's actions, the family decided to do something good with the money, after friends helped them pick up the pennies.

The cash was donated to charity Safe Harbor, a shelter for survivors of sexual and domestic violence and human trafficking

The charity confirmed the donation, with executive director Cathy Easter praising the family for taking control of the situation.

What do you think about this? Let us know in the comments. 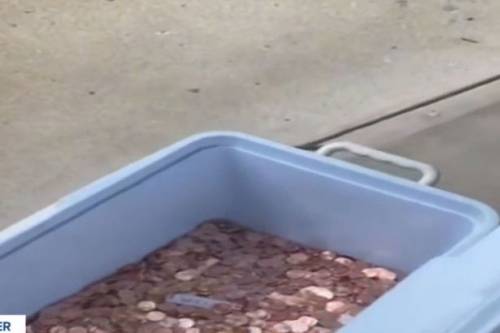 Friends helped the family pick up the thousands of pennies
(Image: wtvr.com)

Avery said donating the money helped the family recover from the upsetting moment and turn the situation "into a positive."

The teen said she hadn't spoken to her dad in years – adding that the disrespect shown to her mum strengthened her decision to do so.

"Turning around and donating that money to moms and children in need, I feel like that really turns this situation into a positive," she said.

The story has prompted others to act as well, with the charity saying they've now received more than $5,000 (£3,500) in donations this week.

Director Cathy Easter told the Post: “The fact that these gifts are coming in at this time is just like a godsend.

“I’m very sorry the family experienced this but so grateful they reached out and chose to do this and share their story.”

Following the incident, Avery's mom filed a report with police, but officers said no charges have been filed.