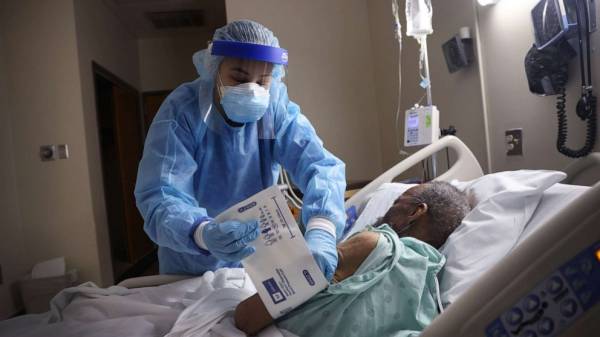 During the early days of the pandemic, Cayci Weaver was able to hold on to her teaching job. Educating high school students, however, was not easy; the switch to remote learning was a challenge, she says.

“I think we were working 12-hour days for about a week, just trying to get everything set up,” she said, adding: “You know, you gotta do what you gotta do to make sure you’re not failing the students.”

But she says after those initial struggles, students adapted, and so did she.

Weaver said she didn’t always want to be a teacher. Even into her college years, she says she was still unsure of what career path to take.

But she said she had always loved history. That’s why, a little more than ten years ago, she applied for a job at a school in Jacksonville, Florida. After teaching middle school for a time, she eventually moved to the high school level, teaching American history to 11th and 12th graders.

It may not have been a lifelong dream, but Weaver says she came to love teaching.

Though money was tight on a teacher’s salary, Weaver says she lived comfortably during the twelve years she spent in the classroom.

For Weaver and her colleagues, all of that equaled burnout.

“We always called it the ‘April feeling,’ where you just wanted the end of the school year to get here because you’re worn out. That ‘April feeling’ came in September,” she says.

So at the end of that school year, in May 2021, after her students made it through state testing, Weaver quit her job.

“Twelve years later, I think I’m ready to just cut my losses and start looking out for more me, and my future long term, rather than just living paycheck to paycheck,” she says.

She’s now a real estate agent, and while it might not be as much history on a day-to-day basis, she says things have been easier. Weaver says in the first two months of 2022 she’s already made half of her full year’s salary as a teacher. And she says her finances aren’t the only thing that’s improved.

Previous : Sheep put in jail after eating grass in the wrong place – until owner pays fine – World News
Next : Queen’s sweet tradition for when George, Charlotte and Louis come to stay overnight