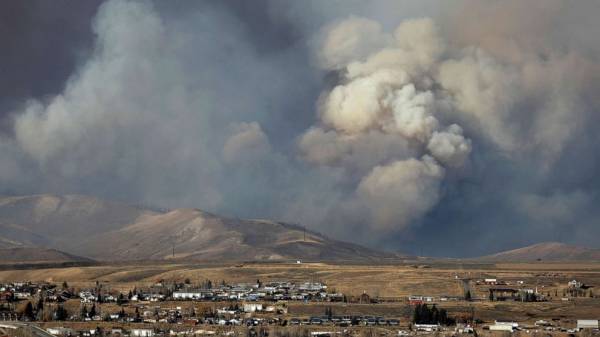 A couple married for 68 years who wanted to stay with their dream home adjacent to Rocky Mountain National Park died this week in the East Troublesome Fire after refusing evacuation help from friends, family and local authorities, according to the Grand County Sheriff’s Office.

Lyle and Marylin Hileman, ages 86 and 84, were last heard from on Wednesday when their son, Glenn Hileman, spoke with them over the phone.

Hileman, in a note to ABC News, said his parents called him to say, “it’s here … the entire valley is on fire.” The couple said they were going to take their chances in the basement and that he should call his siblings.

“They were calm, resolute and adamant – they would not leave,” Hileman said.

After calling his siblings to tell them the news, Hileman said he tried to contact his parents again but was unsuccessful.

A friend and local safety officials, according to the family, drove through roadblocks in an effort to rescue the couple, but all offers to leave were refused. “Their only desire was to be together in the home they loved,” the family said in a statement.

Their bodies were found Friday.

“To the Hileman family: I’m extremely sorry for your loss. Every family is important, and your family is just as important. Please know that our rescuers and responders – your friends, family and neighbors – did everything possible this evening to save your family,” Grand County Sheriff Brett Schroetlin said at a press conference Friday.

The couple, married as teenagers in 1952, bought the property “with everything they had” in the 70s with a vision of developing the land.

The family said Lyle and Marylin Hileman made it their “life-long mission” to make their property at Grand Lake “heaven on Earth,” where anyone was welcome, according to a statement from the family.

“They were together and calm. There is no other way they would’ve preferred to leave this life and certainly nowhere else they would have selected as a final resting place,” Hileman told ABC News. “They will be deeply missed by all who knew them. We consider the property sacred and Grand Lake to be a magical wonderland.”

The East Troublesome fire exploded by more than 100,000 acres Wednesday, forcing widespread evacuations. It has burned more than 186,000 acres and is only 4% contained.

There are no other missing persons from the fire, according to Schroetlin.

Previous : US sets coronavirus infection record; deaths near 224,000
Next : US President Donald Trump Casts His Ballot in Palm Beach – Video