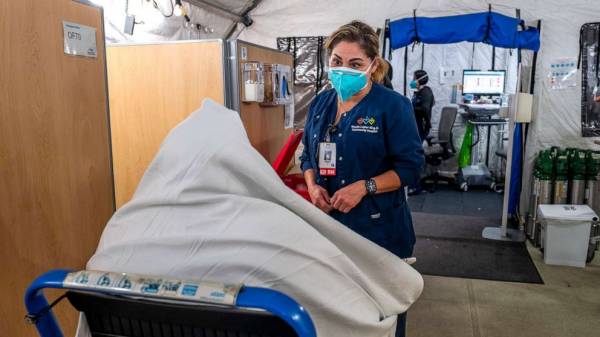 Earlier this month, a California assembly committee approved two measures to overhaul the state’s health care system and provide coverage to all residents free of charge.

Assembly Bill 1400 would set up “CalCare,” a state-run, statewide system, and Assembly Constitutional Amendment 11 would change the state’s tax code to pay for it through a voter referendum.

The fate of the legislation, which would establish a taxpayer-funded system similar to those in the United Kingdom, Canada and Japan, is likely to be closely watched by policymakers in other states and the federal government as consumers in the country deal with ballooning costs and millions of uninsured people.

A single-payer system at the national level was a topic of debate among Democratic presidential candidates in 2020 and support for the idea has increased in recent years.

State leaders on both sides of the aisle, including Democratic Gov. Gavin Newsom, have supported single payer in theory, they haven’t pledged full support for these new bills.

And if the plan does pass, it would require significant tax changes that can only be authorized by a voter referendum, showing up on a ballot in 2024 at the earliest.

Even if an outcome isn’t reached in the near future, public health experts said the debate could lead to similar bills that close the gap for uninsured Californians.

This isn’t the first time that a state has attempted a single-payer plan, where all health insurance offerings would be government-administered and available to all.

Vermont enacted a single-payer system in 2011, but it was dissolved three years later because of rising costs and lagging tax revenue. Colorado and Massachusetts also attempted to create a single-payer system, through a voter referendum and state bills, respectively, but neither passed.

Like other states, California is trying to resolve its costly problem of uninsured residents, according to public health experts. A study released last year by the UC Berkeley Labor Center and UCLA Center for Health Policy Research found that 3.2 million Californians, 9.5% of the state’s population, likely would remain uninsured in 2022.

John McDonough, a professor of health policy at the Harvard T.H. Chan School of Public Health, told ABC News that the push for state single-payer programs cooled following Vermont’s failure, but interest from California lawmakers has remained strong even after multiple attempts fizzled.

McDonough, a former Massachusetts state legislator who also served as an adviser to the U.S. Senate when the Affordable Health Care Act was drafted, said that California has a reputation for being the state that takes the first step for health care reforms, such as an open exchange market, and some of its progressive leaders are more determined to try and crack the code when it comes to an effective single-payer program.

“California has people whose heart beats strongly for single-payer, for a long time,” McDonough told ABC News. “This bill is its latest manifestation.”

State Assemblyman Ash Kalra, the lead sponsor for both bills, has repeatedly pushed for a single-payer plan, contending that millions of Californians are suffering from high costs and deductibles, and little choice in coverage.

“The reality is that in our state and our nation, we have a health care system that has far too much suffering embedded into it,” he said during a recent hearing at the California statehouse.

Kalra contended this latest single-payer proposal has worked out issues that plagued past attempts.

Under AB 1400, which was introduced last year, the new system would provide care for all residents regardless of immigration status.

A nine-member board would oversee the program and seek “necessary waivers, approvals, and agreements to allow various existing federal health care payments to be paid to CalCare, which would then assume responsibility for all benefits and services previously paid for with those funds,” the bill’s language said.

Kalra also introduced the companion bill, ACA 11, which, if passed, would require approval from the majority voters.

Under the amendment, a new excise tax would be levied on businesses — 2.3% on any gross income over $2 million. There would be a payroll tax for businesses and organizations with over 50 employees of 1.25% of total wages, and organizations that fall into this category would have to pay an additional 1% payroll tax if it has employees earning more than $49,000 annually, according to the bill.

The amendment also seeks to raise personal income taxes — residents making $149,509 a year would pay an additional 0.5%, which would increase to 2.5% for those making $2.5 million.

Kalra, during a recent hearing at the assembly’s health committee, acknowledged that voters wouldn’t be able to vote on ACA 11 until 2024, but he stressed that it wasn’t too early to draft a blueprint.

The assemblyman said his goal is for both bills to pass and give time for California residents, businesses and other stakeholders to prepare for the potential referendum and the launch of CalCare if it passes.

The bills’ opposing camps got into a heated debate at Jan. 11 health committee hearing.

Supporters noted that the tax increases would generate over $160 billion annually to pay for a single-payer plan and be supplemented by federal funding, which is typically doled out for programs such as Medicaid and Medicare, which hasn’t been determined.

Kalra contended that private companies and employees already pay billions through premiums, deductibles and copays. Single-payer would eliminate these costs without affecting a patient’s coverage, he contended.

“It’s clear as day they are being fleeced, and far too many understandably feel helpless about it,” he said of California residents.

Kalra got pushback from Republican members who said a single-payer system would be too costly — and too different, too hard to implement.

Rich Pedroncelli/AP, FILEAssemblyman Ash Kalra discusses his bill that would pay for the universal health care bill, during a news conference at the Capitol in Sacramento, Calif., Jan. 6, 2022.

Republican Assemblyman Heath Flora slammed the proposal, claiming it would be too much of a shakeup for patients, businesses and health care facilities that have been operating under an open market for decades.

“People have spent their entire lives paying into a system, and then we are going to rip the carpet out from under them for a program that’s not even funded?” he said at the hearing.

“This bill has been sold to my community that it is going to change things now, and that it is free. And neither one of those things are true,” she said, referring to ACA 11 and the potential voter referendum.

Single-payer proponents remain adamant that it’s necessary to start the debate sooner rather than later.

Carmen Comsti, lead policy specialist for the California Nurses Association, testified that under a single-payer system, there would be fewer instances where patients would be denied coverage.

“Profit motives and financial incentives would no longer determine care,” she added. “Rather, decisions on patient care under CalCare would be based on patient need.”

The health committee passed the bills along party lines, an 11-to-3 vote, and the entire legislature has until the end of the month to pass the proposal.

The country is watching

Stephen Shortell, a professor of health policy and management at the UC Berkeley School of Public Health, told ABC News that California’s latest attempt at single-payer is noteworthy because it’s generated national discussion.

“This particular approach will give single-payer a shot in the arm. This time they’re saying, ‘It’s going to be paid by taxes,’ and that is a good starting point,” Shortell said.

Needleman said that no other state legislative body has single-payer bills in the works this year, so there likely would be a “wait and see” approach to any potential changes in California.

Unlike Vermont, California has a more diverse population and mix of rural and city environments that could be a perfect test for the system to work, he said.

Many health policy experts said they’re not too optimistic about California switching to a single-payer system.

Shortell and other experts noted that the two-year wait for a voter referendum on the tax code would be a hard sell for state leaders since the state would be in limbo until voters approve the tax changes.

“There’s already a lot of pushback when it comes to the tax plan from both sides,” Shortell noted.

But lawmakers both in California and across the country still may look at the cost analysis of California’s single-payer proposal and compare it to already existing public health programs such as Medicaid, Shortell said. And maybe some of those policymakers will find the California plan more cost-effective.

“What it will push is an increase in universal access,” Shortell said. “Even if the plan is not single-payer, it still increases coverage.”

Gov. Gavin Newsom has already offered an alternative to the two new bills.

As part of his current budget proposal, he seeks to increase coverage from the state’s health care program, Medi-Cal, among low-income residents.

Under that proposal, a family of four making less than $36,156 a year would be eligible for more robust state-run coverage, regardless of immigration status. Current Medi-Cal rules only permit emergency room and pregnancy-related medical visits for those residents.

Newsom’s office said the expansion would get 700,000 residents covered and cost $613.5 million in the upcoming fiscal year, roughly the same in fiscal 2023, and then $2.2 billion each following year when fully implemented.

Supporters of the single-payer bills are still waiting for an endorsement from Newsom. The governor’s office told ABC News that he’s waiting on a report from the state’s Healthy California for All Commission, which is analyzing ways to increase health care coverage — one of which could be a single-payer option.