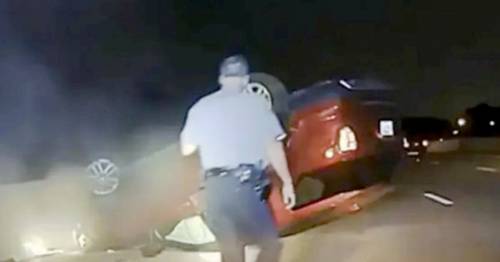 US police flipped over a pregnant woman's car because she took too long to pull over for them, according to court documents.

Nicole Harper says she was looking for a safe place to park when officers performed a botched PIT manoeuvre and sent her flying through the air.

Nicole can be heard on the dashcam video screaming out that she's pregnant before attending officer Rodney Dunn allegedly replies: "This is where you ended up".

According to Nicole she had been driving on a highway in Jacksonville last June when she noticed a police car behind trying to flag her down. 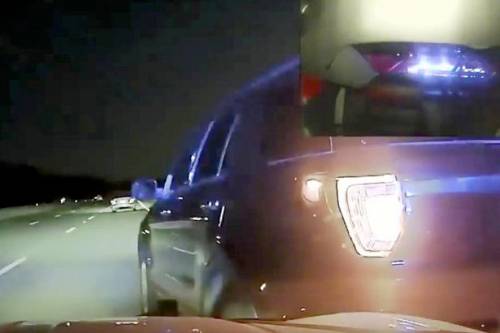 Police carried out the pursuit tactic while Nicole was looking for a place to pull over, she says
(Image: Arkansas State Police)

She had put on her hazard lights and slowed down searching for a place to stop which is in line with Arkansas Driver License Study Guide.

The PIT move is a pursuit tactic used by police to bring car chases to an end by forcing a fleeing vehicle to turn sideways sharply.

Police say she refused to pull over after the officer flashed his lights at her.

The force grants officers immunity from suit and liability while they are on duty, meaning that individual members of the force are not deemed personally responsible for such incidents.

Nicole's lawyers say Officer Dunn "chose to use a deadly force against a pregnant woman who was in the process of looking for a safe place to stop".

She has brought a lawsuit against both Officer Dunn and Arkansas State Police in the hopes that it will change the department's PIT policy.